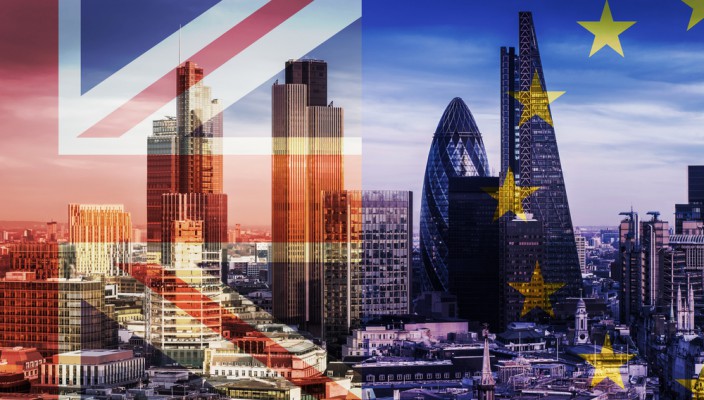 February 2018 has proven to be one of the most volatile and tumultuous months for equity markets, witnessed in many years. The month has closed out with the largest fall in the main equity markets (DJIA and SPX), seen in two years. The February fall for the DJIA is -4.28%, the SPX has registered a -3.89% fall. Even the NASDAQ index, which escaped the magnitude of the market correction suffered in early February, closed out the month with a -1.86% fall. All three markets are still registering a rise in 2018, with the NASDAQ printing a year to date rise of over 5.3%, but without doubt, investors in equity markets (perhaps globally), have failed to regain their bullish 2017 optimism, after the selloff experienced earlier in the month.

If investors were looking for new Fed chair Jerome Powell to offer them a reason to bid up prices or to hold equities, then they’ll have been left marooned yesterday with his hawkish testimony to a House panel, during which he suggested that the Fed/FOMC will stick to its plan to raise interest rates three times in 2018. However, that could be extended to four, if he and his committee believe the USA economy is strong enough to withstand such a series of rises. Market makers and large institutional buyers of stocks, are now painted into a corner; corporates can’t use cheap finance to engage in stock buy backs to send prices higher based on scarcity, they can’t easily refinance what they already hold, they can’t borrow cheaply to speculate, businesses will no longer be able to access historically cheap finance therefore their profits will slump.

The news that USA GDP missed the forecast, coming in at 2.3% for Q4, will be of little comfort, given that annualized YoY, the GDP figure came in right on forecast at 2.5%. Personal consumption fell in Q4, and crude and gasoline inventories rose, causing prices to fall on energy exchanges. The latest USA pending home sales data provided a shock; the expectation was for a rise of 0.5% after a seasonal slump in December, January registered a -4.7% fall, taking the YoY fall to -1.7%. Once again, such a metric might act as an indication that if analysts and market commentators would look under the bonnet of the USA economic motor, they’d find that the engine is misfiring.

Regular readers of our blogs and columns will note that we’ve continually warned clients regarding the ongoing and unfolding Brexit situation, and how it’ll begin to effect the value of sterling (which enjoyed growth in 2017) as the clock ticks down to the March 2018 exit. The U.K. government is now not only contradicting itself, but beginning to engage in internal, internecine warfare. The suggestion of a virtual trade border in Ireland, is the elephant in the room, proving difficult to ignore and avoid.

Michel Barnier, the chief negotiator from the E.U.’s perspective, presented the E.U. legal framework document on Wednesday, containing the rules for Brexit, which the U.K. prime minister immediately rejected. Mr. Barnier once again had to remind the U.K. administration that they only had thirteen months to arrange their exit. Always the diplomat, his presentation avoided anger and frustration, a description that can’t be applied to former U.K. P.M. John Major, who tore into his Tory party’s failure to provide a coherent roadmap for exit to date. GBP/USD fell by close on 1%, whilst sterling fell versus its other peers.

GBP/USD traded in a wide daily trend, printing a five week intraday low of 1.375, closing out the day down circa 0.8%, whilst breaching S2, at 1.375. The major currency pair has now lost circa 450 pips, since posting its year to date high in the third week of January. The 100 DMA is sighted at 1.354, and could be targeted, if the bearish trend continues. The U.K. pound fell by over 1% versus yen, GBP/JPY crashing through the third level of support and the 200 DMA, closing down by circa 1.3% at 146.8. Yen appeared to act as a safe haven versus many peers, during the day’s trading sessions.

EUR/GBP traded in a wide, daily trending range, rising up through R2, closing out the day up circa 0.7% at 0.886, reaching the highest level seen in a week and finally breaching the 100 DMA. EUR/USD has fallen sharply since printing a year to date high on February 16th, price has fallen from circa 1.25 to 1.219. EUR/JPY traded in a wide daily trend, falling through the third level of support S3, closing down circa 1.1% at 130.05, close to breaching the critical handle of 130.00.

The Swiss franc experienced a sell off during Wednesday’s trading sessions, the latest GDP figures are scheduled for release on Thursday, and the forecast is for a rise to 1.7% YoY up to Q4. As to whether or not this impending forecast effected the value of CHF is uncertain, however, as the result is released, the value of the Swiss franc may come under scrutiny. Several Eurozone manufacturing PMIs are released relating to: Italy, france, Germany and the wider Eurozone trading bloc, the U.K. manufacturing PMI is also released. The other European data of note concerns the latest U.K. consumer borrowing figures and mortgage approvals.

Once USA markets open we’ll receive the latest personal income and personal spending data. Given the general investor nervousness displayed earlier in the month, which centered around inflation and in particular wage inflation, these metrics may be closely watched for any signs of structural weakness in consumers’ ability, or their desire to spend. The latest ISM readings for both manufacturing and employment in the USA will also be published, key metrics that rank far higher (in terms of impact) for American investors than, for example, PMI readings.

« U.S. equities fall and USD rises, as investors translate Jerome Powell’s testimony as hawkish The Italian Election 2018 is just few days away. Who are the key candidates & how EUR can be affected? »