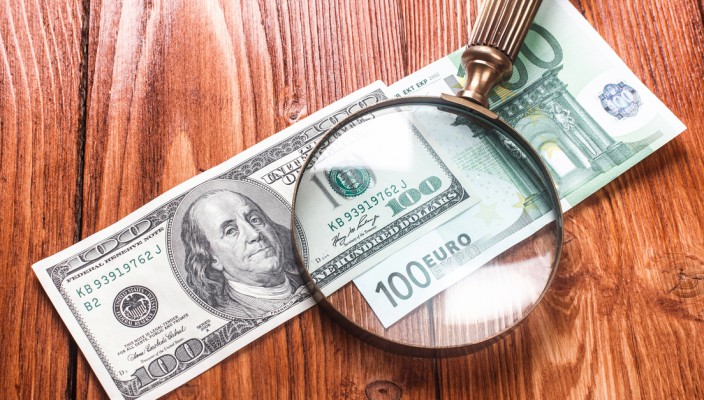 U.S. equity markets ended last week with a significant rise, and investors will focus on the USA GDP figures this Wednesday to judge the direction of equities and the U.S. dollar

Feb 26 • Morning Roll Call • 4668 Views • Comments Off on U.S. equity markets ended last week with a significant rise, and investors will focus on the USA GDP figures this Wednesday to judge the direction of equities and the U.S. dollar

U.S. equity markets reversed their earlier weekly losses on Friday, with the SPX rising by 1.60% on the day, the rise has now placed the index back in positive territory for the year; YTD the rise was 2.79% at Friday’s close of business. Both the DJIA and NASDAQ have followed similar recovery patterns, however, the NASDAQ tech index has risen by a highly significant 6.29% so far in 2018, which has now put the index back on a similar trajectory to the stellar returns experienced during 2017.

Investors will be focusing on the latest GDP figures for the USA economy, to be published at 13:30pm U.K. time, this coming Wednesday February 28th. The forecast is for a slight fall to 2.5% GDP YoY for Q4, from 2.6% for Q3. Coming shortly after the FOMC minutes have recently been released, and with the recent stock market correction still fresh in investors’ minds, these GDP figures will be closely analysed once they’re released. A figure that beats the forecast may suggest to USD FX traders that the FOMC might feel empowered to stick to their intended programme of rate rises throughout 2015, or increase the frequency of rate rises from the suggested three to four rises in 0.25%. Should the release miss forecast then FX traders may judge that the FOMC may rein back on their hawkish intentions. Whatever the result, USD is sure to be under sharp focus; immediately before, during and shortly after the release.

Certain investment bank analysts and trading strategists are predicting that the U.S. dollar may finally be experiencing a shift in bearish sentiment, whilst it’s premature to suggest that a floor has finally been reached, in relation to USD versus its peers, there has to come a point at which both the Fed and the USA treasury department, accept that a dollar which is too weak actually restricts economic growth, as opposed to providing a stimulus. The dollar index (DXY) reached a fresh three year low on February 16th of 88.25. The index recovered to 89.84 at the end of the week, capping a 0.8% rise for the week.

Brexit is quickly approaching a tipping point, once March arrives the Brexit clock has a year to countdown, as a result of the impending exit the U.K. pound is highly unlikely to experience the relative stability and lack of volatility witnessed during the second half of 2017. Finally the E.U. negotiator Donald Tusk took the gloves off in relation to the lack of progress and the U.K. position, referring to the Tory governments position as “an illusion”. The implication is that the U.K. is not taking the process seriously enough and the suspicion is that the U.K. team want a hard Brexit, but need the ability and narrative to blame E.U. intransigence for any failure in the U.K. press, as opposed to accepting any responsibility as a government.

The ECB is also contending with balancing the apparent, relative high value of the euro, a peculiar situation given the Eurozone interest rate is 0.00% and there’s still a stimulus programme of asset purchase in place. The ECB (and in fact the euro) are arguably victims of circumstances out of the ECB’s control; versus yen, U.K. pound, and the U.S. dollar the euro has contended with decisions made by other central banks and political decision making, which has directly impacted on the euro’s value, despite the interest rate in the E.Z. being at zero. As the latest inflation figures are released for the single currency bloc on Wednesday, the value of EUR will be under pressure versus its main peers. The forecast is for a fall in CPI to 1.2% from 1.3% YoY, should this figure be met, then FX traders may translate the result as the ECB having more scope to continue with the current APP, rather than taper it as previously indicated.

The significant calendar events which should be closely monitored on Monday February 26th.

The U.K. British Banking Association will reveal the latest monthly mortgage approval figures for January, the forecast is for a slight increase to 37,000. Before 2008 such figures would have been regarded as a collapse, however, despite the rise in house prices since the crash close to a decade back, such loan figures are now regarded as the norm. Analysts will watch this release for any signs that Brexit is effecting U.K. consumers desire to take on any significant debt.

In the afternoon the ECB President Mario Draghi will hold court to deliver a speech in Brussels, naturally the assembled media and investors will focus on the speech to discover if Mr. Draghi delivers any forward guidance clues, in relation to the tapering the asset purchase programme, or any intended interest rate rises.

Late evening New Zealand’s economy will come into focus as the latest available: export, import and trade balance figures will be published. The kiwi dollar NZD fell late last week as investors took the view that the recent CPI inflation release combined with GDP data, means that the central bank of N.Z. are in no rush to raise the key interest rate. Exports, imports and the trade balance data is expected to reveal deterioration, heightening fears that the N.Z. economy may have peaked.

« WEEKLY MARKET SNAPSHOT 26/2 – 2/3| A week of GDP figures for Canada, the USA, France and Italy, may indicate the strength of western global growth, whilst various CPIs will reveal the level of inflationary pressures Investors’ attention will turn to the latest Eurozone inflation figure, due to the ECB’s concerns regarding the euro’s high value »