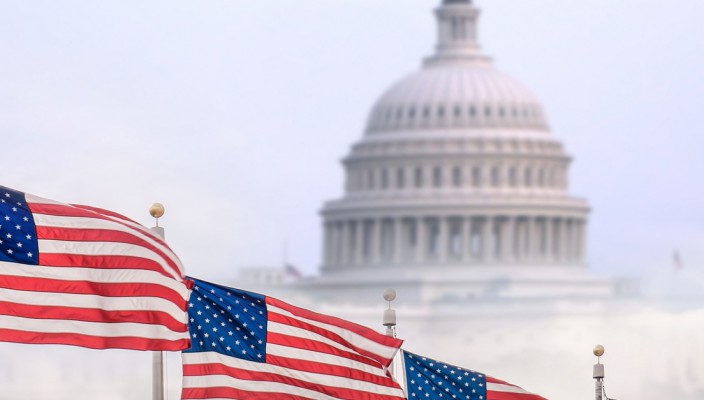 President Trump delivered his first state of the union address early Wednesday morning, which appeared to calm Wall Street investors’ nerves, resulting in USA equity markets rising as the New York session opened. The FOMC announced that the key (upper bound) interest rate would remain at 1.5% at the end of their two day meeting. Within the accompanying narrative, the Fed committee delivered forward guidance, indicating that a March rate rise was highly probable, due to the stronger than anticipated growth and their confidence that inflation will rise above the 2% target. The general consensus, from the many analysts interviewed after the interest rate decision, is that the FOMC members have now moved the needle towards a more hawkish view.

Yields on ten year treasury bonds reached their highest rate since April 2014, above 2.75%. The SPX has now recorded its best January start since 1997, closing up moderately by 0.05%, although as markets closed the SPX and DJIA indices fell as futures. USD rose by circa 0.3% versus yen, however versus euro and the U.K. pound the dollar fell, whilst the dollar index slipped by circa 0.2% on Wednesday. Gold arrested its recent sell off, by closing out up circa 0.4%. WTI oil threatened to breach the $65.00 a barrel handle, whilst analysts are voicing concerns that California (the globe’s sixth/seventh largest economy), might experience a multi-year high of $4 a gallon in May. Economic calendar news was generally favorable for the USA economy; the ADP employment change number was encouraging; at 234k beating the forecast, suggesting that the NFP number may also beat forecast when published on Friday, whilst pending home sales came in close to forecast.

European news centered on German releases; retail sales missed target by some distance, falling by -1.9% MoM and by the same figure YoY, the YoY figure was forecast to register 2.8% growth. Unemployment remained unchanged in Germany at 5.4%, whilst unemployment claims fell. Overall unemployment in the Eurozone remained static at 8.3%, inflation in the E.Z. came in above expectation at 1.3%, and the euro appeared to fall on the news, analysts judging that the ECB may have issues encouraging inflationary growth to occur, before aggressively tapering the APP and perhaps raising the interest rate above 0.00%. The DAX slipped, whilst the CAC and EURO STOXX rose moderately.

In a relatively quiet day, both economically and politically for the U.K. the most notable reading published involved the GfK consumer confidence reading, which improved to -9 from -13. Sterling experienced a moderate fall intraday, as a consequence of the news that European Commission officials rejected the City of London’s proposal to strike a Brexit free-trade deal on financial services. However, the pound has now experienced its best month of gains versus USD since May 2009, up circa 5% during the month.

EUR/USD traded in a tight range with a bullish bias during Wednesday’s sessions, rising through R1, before giving up the gains to end the day up circa 0.1% at 1.241, just above the daily pivot point. EUR/GBP traded in a wide range, oscillating between bullish and bearish conditions, rising above R1, then falling back through the daily PP to reach S1, closing down circa 0.3% at 0.874.

« As USA equity markets continue to reach record highs and the U.S. dollar falls, what could it suggest for 2018, in terms of FX trading The first NFP jobs number release of 2018 is forecast to bounce back, after the December reading missed the forecast »