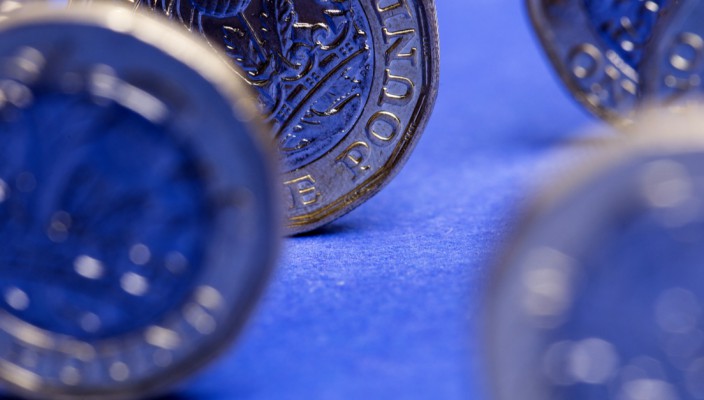 U.S. equities resume the severe sell off that was witnessed earlier in the week, sterling gives up Bank Of England statement gains

Feb 9 • Morning Roll Call • 2142 Views • Comments Off on U.S. equities resume the severe sell off that was witnessed earlier in the week, sterling gives up Bank Of England statement gains

The DJIA shed close on 1000 points at the close of the New York session, whilst the SPX lost up to 4% during its intraday session lows, the SPX has now experienced five of its worst days (in series) since 2015. Once again the excuse for the selloff centered on the potential for moderate interest rate rises, which would be carefully engineered and delivered by the FOMC over a protracted period. These rises would apparently harm economic growth. Few analysts are questioning this logic and failing to turn the contention on its head; if a supposedly thriving economy could implode, due to the threat of the normalization of interest rates (still remaining below their medium term level), then surely such an economy is extremely fragile?

Moreover, the link between the real economy and exponential stock market booms is tenuous, therefore the threat of marginally rising interest rates effecting the real economy, over and above hurting those who speculate on it, is dubious. A rise in interest rates of 0.5% won’t cause, for example, mortgage payers to immediately struggle, unless they have jumbo mortgages, but corporates who borrowed to speculate on their own shares, may struggle to justify and afford further share buy backs.

An illustration of the disconnection between the real economy and the real reasons for the stock market falls, is illustrated by Doug Cote, the chief market strategist at Voya Investment Management; “there’s some big-money players that have really leveraged to the low rates forever and they have to unwind those trades, they could be in full panic mode right now.” Cheap borrowing has created a boom in stock markets since approx. 2013, it hasn’t created a wider economic boom. What’s at risk, in a stock market meltdown, is not necessarily the whole economy, as the wider economy in the USA has not experienced trickle down, since the USA technically exited recession in 2009.

Economic calendar news for the USA was scarce; initial and continuous jobless claims fell, according to last week’s figures. The U.S. dollar index fell by circa 0.1%, WTI oil continued it’s over production fears sell off flirting with the $60 a barrel, gold rose tentatively to $1,320 per ounce. The SPX and DJIA have turned negative for the year; by -3.47% and -3.48% respectively.

Mark Carney, the governor of the Bank of England, announced that the U.K. base rate will be kept at 0.5%. In the accompanying narrative, during his and the central bank’s press conference, he delivered a carefully worded statement suggesting that the U.K. base rate might rise more quickly and more aggressively than previously suggested. It transpired that the rate may be raised by 0.75% over a two year period. Despite such an implied, gradual rise, GBP immediately rose sharply versus its peers, EUR/GBP falling by circa 1%, GBP/USD rising by approx. 0.6%. Carney had achieved a similar result to that achieved in October 2017; the threat of a rate rise causing the U.K. pound to rise, without needing to raise rates.

His carefully choreographed delivery and massaging of the pound’s value, was then later unwound by two new Brexit issues. Firstly; U.K. leading negotiator David Davis criticizing the remaining E.U. 27 members for their statements regarding the progress so far. Secondly; Japanese industry leaders met the U.K. prime minister at 10 Downing Street. The spokesman then stated outside Downing Street, that if a hard Brexit ensued Japanese manufactures would up sticks and move to Europe. The gains sterling made versus its main peers were then mostly eradicated towards the end of the day; EUR/GBP recovering to close out down circa 0.3% and GBP/CHF reversing from a 1% rise, to a 0.3% fall. The U.K. FTSE 100 slumped during the day by 1.49%, as did all other major European indices. The U.K. main index is now down 6.73% and based on current futures pricing, is in danger of wiping out the bulk of 2017 gains, when the London equity market opens on Friday.

GBP/USD whipsawed in a predominantly wide bullish range during Thursday’s sessions, rising by circa 0.6% and through R2, to then give up the gains towards the end of the New York session, ending the day close to flat, near to the daily pivot point at 1.3911. GPB/CHF whipsawed in a wide bearish and bullish conditions, rising by circa 1% by early afternoon and breaching R3, before the cross currency pair gave up its gains, crashing back through to S1 down 0.3% on the day at circa 1.302.

EUR/GBP slumped into a wide bearish fall of circa 1%, breaching S3 and posting the lowest price printed since February 1st, whilst falling through both the 100 and 200 DMAs over the past two day’s sessions. Price then recovered to reach S1, closing the day out at circa 0.879 down approx. 0.3%. EUR/USD fell to a level not seen since January 23rd, price oscillated in a narrow range throughout the day, closing out down circa 0.2% at 1.224.

XAU/USD traded in a narrow range with a slight bias to the downside, falling through S1 in the London/European session, to then recover to push through the daily PP to reject the level, registering an approx 0.1% loss on the day, closing out at circa 1,319.

STANDOUT EVENTS TO WATCH OUT FOR ON FEBRUARY 9th.

The U.K. economy and the FTSE 100 could come under intense scrutiny in the morning London – European session, the futures market is pricing in a fall of circa 1.6% at market open, whilst a raft of U.K. economic data could add to the risk off mood currently stalking U.K. markets. Industrial production could register a fall to 0.4% YoY in December, from 2.5% in November. Manufacturing growth is forecast to fall to 1.2% YoY, from 3.5%, whilst construction output is predicted to come in negative, falling to -1.9% YoY from 0.4%.

« Gold slumps, SPX closes down, European markets claw back some losses, U.S. dollar rises versus majority of peers WEEKLY MARKET SNAPSHOT 12/2 – 16/2| Various GDPs and CPIs reporting will be in focus in the next weeks’ economic calendar »