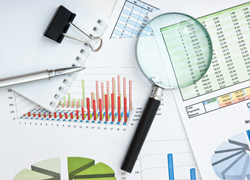 This trend analysis will be broken down into two parts; fundamental analysis for the coming week to include policy decisions and high impact news events. Thereafter we’ll move onto technical analysis.

The delivery of the fundamental analysis is in a simpleton read format. Should the numbers printed/published for a high impact news event be significantly different from expectations then the likelihood is that the FX markets and potentially the leading indices will also react. Similarly if, for example, a central bank adjusts its interest rate, or adds/increases to a quantitative easing programme, with little in the way of forward guidance, the markets will most likely move in the direction the policy event dictates.

Sunday sees Australia enjoy a bank holiday, whilst the publication of Japan’s trade balance is expected to come in at 1.33 trillion. In January 2013 the balance was 850 billion, indicating how the QE programme instigated by Japan’s government has increased debt over the year. The BOJ will also publish their monetary policy meeting notes.

Monday sees Germany’s IFO business climate index published, the forecast is for a reading of 110.2, an improvement from the previous month’s print of 109.5. Eurogroup meetings will be taking place on Monday, whilst the German Bundesbank will publish their monthly report. The Bundesbank president Weidmann will speak later on in the afternoon (European time).

From the USA we’ll receive the latest flash manufacturing PMI from Markit Economics; the prediction is for a print of 56.2, up from the previous month’s figure of 55.7. New home sales data from the USA is predicted to show a moderate fall from 464K last month to 457K.

Late evening Monday we’ll receive data for Australia from the Conference Board, the expectation is that the figure will be 0.5%, similar to the previous month’s print. It’s a combined  reading of 7 economic indicators related to money supply, building approvals, profits, exports, inventories and interest rate spreads. The NAB confidence index is also published, with the expectation that the figure will come in at 5, similar to the previous month. It’s a leading indicator of economic health – businesses react quickly to market conditions, and changes in their sentiment can be an early signal of future economic activity such as spending, hiring, and investment.

Tuesday we should finally receive the decision regarding OMT from the German Constitutional Court which, if the decision comes in negative, could limit the ECB’s ability to engage in forms of monetary easing should the decision come in versus OMT (outright market transactions). Preliminary UK GDP data is published with the expectation that that the figure will come in at 0.8% positive for the quarter. The UK index for services is expected to come in at 0.7% up for the quarter.

The ECOFIN meeting will be taking place on Tuesday. ECOFIN is the Eurozone’s broadest financial decision making body. The council coordinates economic policies of the 28 member states, and their initiatives and decisions can have a widespread effect on the Eurozone’s economic health.

Attention then turns to the USA from where a raft of data is published. Core durable goods orders are predicted to fall from 1.2% to 0.7% for the month. Durable goods orders are expected to come in at 2.0%, a fall from the previous month’s 3.2%. The Case Shiller house price reading is anticipated to come in at 13.7% positive year on year, whilst the Conference Board confidence index is expected in at no change of 78.1. The Richmond manufacturing index is predicted to deliver a reading of 15, no change from the previous month.

Wednesday sees the GFK German consumer climate index published, which should come in at 7.8, up from the 7.6 previously. In the UK the Nationwide house price index is expected to print at 0.7% for the last month. Later on the UK’s BoE governor Mark Carney will hold court and presumably he’ll explain his ‘volte-face’ regarding the forward guidance he appeared to violate late last week when he suggested that UK base rates will not now rise should the UK’s unemployment rate fall to 7% from its current level of 7.1%. In Europe private loans are expected to have fallen by 2.3% over the month.

In the USA crude oil storage/inventory figures will be released with the last print at 1.0 million barrels. The FOMC will make its statement regarding the USA base rate, expected to remain at 0.25%.

Late evening New Zealand will publish its base rate, the expectation is that the rate will remain unchanged at 2.5%, still considerably up and out of step with many other developed country’s base rates. The accompanying RBNZ central bank statement may offer up clues, through forward guidance, as to if the bank considered lowering rates during their latest meeting.

Retail sales figures for Japan will be published late Wednesday with the expectation that the print will be up 3.9% versus the previous months figure of 4.1%.

Australia’s import prices for the quarter are expected in at 2.1%, up versus 6.1% up previously. China’s final manufacturing PMI is predicted to come in at a similar level to the previous month at 59.6.

Thursday we start the day with German CPI expected to come in at a negative rate of -0.4% for the month, down from 0.4% up in the previous month. Spain’s flash GDP figure is expected in at 0.3% positive, whilst Germany’s unemployment is expected to fall by 5K over the last month.

In the USA the advance GDP figure is predicted to show GDP at 3.2%, down from the actual 4.1% previously. Unemployment claims in the USA for the week are expected in at 331K, up from 326K previously. Pending home sales in the USA are expected to have fallen by -0.1%. Natural gas storage was down by 107 billion therms last week, hence the spectacular rise in the cost on the markets, albeit this is an historical seasonal practice and phenomena.

Moving on to the evening New Zealand will publish its balance of trade data, expected in at $500 billion. The RBNZ governor Wheeler will explain the data in a press conference to be held later on in the evening and he will presumably discuss interest rate setting policy also.

In this section we’ll analyse several securities using many of the most familiar trading indicators; PSAR, Bollinger bands, MACD, DMI, stochastic lines, ADX and RSI. We’ll look for price action by way of Heikin Ashi bars/candles and observe the simple morning averages of 20,50,100 and 200. Finally we’ll note any major looming and or psychological round numbers. Other than the stochastic lines, which are adjusted to 10,10,5, all indicators are left on their standard settings. Whilst all observations are noted on the daily time frame only.

EUR/USD. The bearish trend came to an abrupt end on January 23rd when a major sell off in equities also occurred in the USA. Currently PSAR is below price, price has broken through the upper Bollinger band on January 24th. Both DMI and MACD are positive and making higher highs when looked at through the histogram visuals. Stochastic lines have crossed on the adjusted setting of 10,10,5, but at readings of 41 and 33 are still short of the overbought zone. The RSI is at 53, above the median line, whilst the ADX is at 15. The Heikin Ashi bars for the last two days’ sessions were closed, bullish (full bodied) and with upward shadows. Price has breached the 20, 50 and 100 SMA to the upside. Traders long would be advised to stay so as we could be witnessing a strong bullish trend to the upside developing. Traders looking for stop guidance could consider the low generated on January 21st as a natural place for their stop given that it’s the recent low.

USD/JPY began its downward momentum move on approx. January 13th. Currently PSAR is above price, the lower Bollinger band has been breached to the downside, both the DMI and MACD are negative and making lower lows using the histogram visual. The RSI is at 37, below the median line, whilst the ADX is at 22. The stochastic lines have crossed, but are still short the oversold zone, suggesting that this move may have more energy remaining. The final Heikin Ashi candle of the preceding week was extremely bearish being full bodied, closed and having a downward shadow. Price has breached the 20 and 50 SMA. Traders short would be advised to stay so until they’ve received indications that the bearish trend has ended. Traders requiring stop assistance would be advised to use the high of January 13th as a stop level.

AUD/USD began its downward trend from the 13th-14th January. The trend gained momentum towards the end of the preceding week. Currently PSAR is above price, the lower Bollinger band has been breached to the downside, price is below all the major SMAs. The last Heikin Ashi candle of the preceding week was closed, full and had a downward shadow. Both the MACD and DMI are negative and making lower lows. The stochastic lines crossed on their adjusted setting on approx. January 16th, but are still short of the oversold territory. The RSI is at 32 and the ADX at 25. Traders would be advised to stay short this security and adjust their stops accordingly, perhaps by trailing their stops using the PSAR as a guide.

DJIA experienced a significant sell off from January 23rd. PSAR is above price, price has breached both the middle and lowest Bollinger bands. Both the MACD and DMI are negative and making lower lows. Price has breached both the 20 and 50 SMA, with the 100 SMA in sight. The stochastic lines have crossed, but are still short of the oversold territory, suggesting that this move still has energy remaining. The RSI is at 32 and the ADX is at 23. The last two Heikin Ashi candles of the preceding week were full bodied, closed with a downward shadow, with the final day’s candle being the most bearish. Traders would be advised to stay short the DJIA until several, or all off the current indicators, have turned bullish. Traders looking for advice on stop placement may wish to consider the high of January 9th as an appropriate level.

WTI oil broke to the upside on January 15th. PSAR is below price and price has breached the upper Bollinger band to the upside. Price has also breached the 20 and 50 SMA which have crossed whilst the 100 and 200 SMA are also in sight. Both the MACD and DMI are making higher highs using the histogram visual. The stochastic lines crossed on January 16th, but are still short of the overbought territory. RSI reading is at 56, whilst the ADX is at 24. Traders currently long this security would be advised to remain vigilant and move their trailing stop cautiously to ensure that the profit is retained.