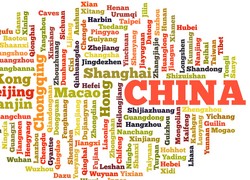 Treasury Secretary Timothy Geithner was speaking at the annual Strategic and Economic Dialogue, which has been upstaged by the case of blind Chinese activist Chen Guangcheng who on Wednesday left the US embassy where he had sought refuge after fleeing house arrest last week.

The Obama Administration had hoped to showcase small signs of progress in relations with China at the meeting, but the refuge matter has stirred emotional reactions from the Chinese government who is demand that the US apologize for interfering in this case.

Mr. Geithner’s visit to China had nothing to do with this human rights matter, and has pushed his goals off track.

In his opening address he urged China to allow its currency to strengthen further and push forward economic reforms, which he said were crucial to the global recovery.

US officials have long accused Beijing of keeping the value of the Yuan artificially low to boost exports, leading to a massive Chinese trade surplus with the United States.

Washington had hoped to showcase small signs of progress in relations with China at the meeting, but the Chen case has sparked fresh tensions, with Beijing demanding an apology for what it called “interference” in its affairs.

“We meet at a time of risk and challenge in the global economy and we both face considerable economic challenges at home,” Mr Geithner said.

“In China, you are in the process of exploring the next frontier of economic reforms, recognizing as your predecessors did more than 30 years ago that future economic growth will require another fundamental shift in economic policy.”

The United States has a strong interest in the success of these reforms, as does the rest of the world.

Chinese Vice Premier Wang Qishan, who is heading China in the economic portion of the talks, said the country had made progress and urged the United States not to “politicize” economic issues.

“We hope the US side will take concrete steps to relax control on hi-tech exports to China, expand infrastructure cooperation, increase financial market access and avoid politicizing economic issues,” he said.

Beijing has repeatedly called on the United States to loosen its controls on exports of hi-tech products to China, some imposed to prevent sensitive US technology from being used for military applications.

Wang made no direct mention of the currency issue but said China had expanded imports, a move aimed at addressing the trade imbalance.

China defends its exchange rate regime, saying it is moving gradually to make its currency more flexible and last month it loosened some controls over the Yuan by allowing it to trade in a wider range either side of a set level.

China’s central bank chief Zhou Xiaochuan, who is participating in the talks, said the two countries agreed the market should set exchange rates, but added the Yuan has seen more two-way movement instead of steady gains.