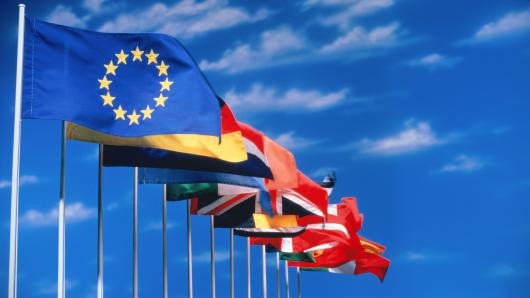 According to the Ifo Institute (Munich), KOF (Zurich) and Istat (Rome), robust economic growth of 0.6% can be expected in the first and second quarters of 2018 with marginal slowdown of growth to 0.5% in the third quarter. The key drivers of growth are investments, which will benefit from low interest rates, and rising capacity utilization rates. Investments will increase by 1.0%, 0.9%t and 0.7% respectively over the first three quarters of 2018. Consumption of private households will also rise by 0.5% initially, and by 0.4% in the third quarter. Inflation will increase by 1.3% by annual comparison to 1.6% in the second quarter and 1.7% in the third quarter.

The risks to the forecast include rising interest rates in terms of investment and the appreciation of the euro for exports, as well as tensions in international trade after the tariff decisions taken by US President Donald Trump. Brexit, Italy’s election results and tensions in the Middle East could also have a negative impact. The inflation forecast is based on the assumption that the Brent oil price is 66 US dollars per barrel and the EUR/USD exchange rate of 1.2300.

As soon as we thought there will be a break away from the ‘tariff war’, we saw that the European Union is planning a probe into a possible ‘safeguard’ protection for steel from the trade tariffs. The EU inquiry is a part of an announced 3-pronged reply to US tariffs. It is noted that the EU was offered a temporary exemption from the US trade tariffs until May 2nd. Similarly, the Japan steel industry is concerned over US using trade tariffs in broader trade pacts. The Japan Iron and Steel Federation Chairman, Kosei Shindo, was speaking at a news conference yesterday where he has stated the concerns over the tariffs being used by the US as a card for wider trade negotiation deals. He has mentioned that Japan will need to take cautious stance when talking to the US about country exemption as the discussion could develop to wider trade issues, such as other industrial products and even agriculture products. For the time being, according to Kosei Shindo, what Japanese steel workers should do is seek product exemption.

On Tuesday the highlights are the January Case Shiller home prices, which may slip to 204.3 from 204.5, while consumer confidence is expected to hold up near 130.00 in March from 130.8 in February. Coming from Europe are PMIs, ZEW and Ifo surveys that all declined in March, and the Eurozone ESI economic confidence indicator is expected to fall back to 113.4 from 114.1, thus backing the ECB’s cautious stance. Still, while there is some disagreement over the degree of slack remaining in the economy, and how urgent is the need to phase out of exceptional measures, it is still pretty clear that the ECB is preparing to end net asset purchases by the end of the year. Officials don’t seem in a hurry though to commit to such a step just yet, however, and if volatility remains high, Draghi could delay a clarification of the future of QE until July, still well ahead of the end of the current QE schedule in September. The data calendar meanwhile also includes Eurozone M3 numbers, German import price inflation and consumer confidence as well as Italian confidence data and industrial orders and finally French consumer spending numbers. –FXStreet

The risk-on action in the equities on Monday triggered an unwinding of the EUR/JPY shorts. The resulting demand for the common currency pushed the EUR/USD to 1.2462 – the highest level since Feb. 16. The pair broke above the daily descendant trend line coming from February’s yearly high, 1.2554, at the beginning of the day and stands now some 100 pips above it, which favors another leg higher, and even a retest of the mentioned yearly high on a break above 1.2480 a major static resistance level. –FXStreet

The GBP/USD is heading into the European session trading on the high side around 1.4235 following Monday’s risk-on run up from the 1.4130 that kicked off the week’s action. In the meantime, the pair holds near its daily high, retaining a short-term bullish stance according to the 4 hours chart, as the 20 SMA maintains a sharp upward slope well below the current level and leading the pair higher with approaches to the indicator attracting buying interest, while the Momentum indicator heads north at fresh 2-week highs. The RSI indicator in the mentioned chart has lost upward strength, but remains in consolidative mode within overbought territory, suggesting the pair is in a pause ahead of a new leg higher, with investors now looking to retest 1.4345, this year high. –FXStreet

The USD/JPY is capping off following the recent risk appetite surge, and the pair is settling back into 105.60. This week’s bid up on risk appetite has left the pair overextended and running into heavy resistance at previous support from 105.65 to 105.75, while support hangs back at last Friday’s swing high at 105.30 and the recent low of 104.65. –FXStreet

The XAU/USD one-month 25 delta risk reversals (XAU1MRR) are being paid at 1.025 XAU calls vs. 0.525 XAU puts. It indicates the implied volatility premium for XAU calls is now more than those for XAU puts, i.e. demand for gold bullish bets is on the rise. –FXStreet

« Fed will likely support more rate hikes during the year; Canada has seen a rise in the CPI and retails sales up 0.3 % in January; today we have a light calendar ahead Global trade policy formally shifted towards protectionism as the markets are shaken once again »