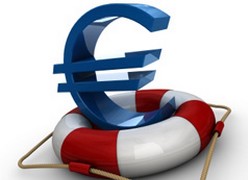 Sep 30 • Between the lines • 2529 Views • Comments Off on Thunderbirds Are Go! International Rescue (the IMF) are Primed and Ready to Launch

It’s so comforting to know that the ‘lender of last resort’ always has its priorities in the right place. On September 22nd, amongst the press releases issued from its headquarters in Washington, the IMF finally released the news that the markets, central banks, governments and the multi faceted worldwide collection of, investors, commentators and journalists had been waiting for with baited breath for months. Naturally to counter a situation so grave, so potentially and economically terminal, that strikes so deep at the core of the global economy takes months to ratify, but finally it’s here, ladies and gents we’re saved, the IMF iPad app is with us…

As the IMF met last week in Washington to thrash out the latest ‘thrash out’ there was a slip up that caught many media analysts and market commentators unawares. Just how much money has the IMF actually got? You know like real money, not fractional reserve fiat ‘make it up as you go along’ currency in any denomination you can think of, but actual reserves provided by ‘member’ nations? It turns out that the IMF only has $400billion..(actually it has closer to $600billion but under its articles can only lend $400billion).

When announced you can imagine Ms. Lagarde saying it with a stifling cough and blaming it on the Gitanes, “er..$400 bl..cough..next question please”. So the saviour of the masters of the universe, the Grand Inquisitor of the markets, the Lord Voldemort of the financial wizards only has enough to rescue Greece’s default, then it’s all out of spare change..?

So what does the IMF actually do? Here’s a quick resume..

So now the history lesson is over it’s time to concentrate our minds on the serious business and this is very serious. It’s the kind of serious that won’t mean anything to Jo or Joe ‘Six Pack’ (that’s my nod to political correctness, we’ve all met women that can drink as well as blokes) but the importance and gravity, given it is in effect potentially ripping up certain strict edicts that the IMF is supposed to adhere to, is stunning.

There are very concerning aspects regarding this announcement, that the IMF ‘telegraphed’ the global sovereign debt crisis is about to get much worse, by tipping Dow Jones off and it dutifully reporting it is “exploring” ways to double its gross lending power to $1.3 trillion, is not unusual. A slow bleed into analysts’ consciousness is a well trodden path to prevent panic.

However, whilst not in itself a ‘bad thing’ adding this $1.3 trillion to the EFSF’s proposed $3 trillion expansion, means global bailout capacity will soon hit $5 trillion. How, why and who gets to pay interest on that monumental sum is the real issue, surely the IMF is not considering issuing its own bonds to pay for this mega bailout facility, has the system really reached this new nadir? Such a move would take the SDR (special drawing rights) one step closer to being an alternative gold-backed reserve currency, and in a stroke dilute the hegemony of the Western axis much to the delight of Russia and China. We do indeed live in interesting times.

« Ka Mate; The Haka Won't be Enough to Rescue New Zealand from Financial Meltdown US Consumer Comfort Index Down This Week »