The Fed cuts the unbiblical cord with emerging markets, sending out message “you’re on your own” as Fed monetary easing tightened further

Jan 30 • Morning Roll Call • 1822 Views • Comments Off on The Fed cuts the unbiblical cord with emerging markets, sending out message “you’re on your own” as Fed monetary easing tightened further 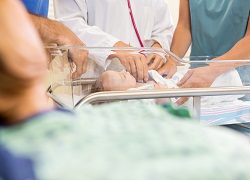 There was something entirely predictable with regards to the ending of the FOMC meeting and the announcement that the Fed is cutting monetary easing by $65 bn, ten billion less than previously. Firstly, it met the expectations of the majority of the economists polled by Reuters and Bloomberg.

Secondly, the markets reacted as predicted with the DJIA selling off post announcement although only revisiting the lows reached earlier in the day when the market opened in the USA, suggesting that many had prior knowledge that the taper was on and to the exact amount predicted.

Hopefully our regular readers will have noted two of our recent articles, the most relevant of which discussed the recent fall on the DJIA index with the FOMC meeting on our radar. Hopefully readers took our advice (and we’re not always right) and stayed with trend increasing their points profit considerably on the day.

There was (as we’d expect) plenty of opinion post decision and we’ve selected two here, one from Goldman Sachs and one from Citi, one chief economist and one FX specialist. Of particular note is Steven Englander at Citi who points out that the Fed’s responsibility is not to save the emerging markets, but to concentrate on the USA domestic economy first and foremost. Therefore if emerging markets ‘burn’ the blame does not lie with the Fed.

Labor market indicators were mixed but on balance showed further improvement, is indicative of a “slight downgrade” to the Committee’s assessment of the labor market, given the use of the word “mixed.” On the other hand, the assessment of the overall economic picture was positive.

From the viewpoint of domestic U.S. economic conditions, the statement is completely anodyne. From the point of view of EM, the Fed has just said ‘hasta la vista, baby’. The comment on U.S. growth was a not-surprising upgrade in the growth assessment economic activity ‘picked up’ rather than ‘is expanding at a moderate pace’ but very little else changed other than the expected $10 billion additional tapering. There were no dissents and no changes in the forward guidance language. Since the announcement, MXN and AUD are down about 0.4%, so there is modest disappointment in high-beta currencies. The S&P 500 is down about 10 points, taking down U.S. Treasury yields, which initially spiked but have since dropped. On this asset market conditions, look to JPY, CHF and EUR to do well, and commodity currencies and EM to do poorly.

The Reserve Bank today left the Official Cash Rate unchanged at 2.5 percent. New Zealand’s economic expansion has considerable momentum. Prices for New Zealand’s export commodities remain very high, especially for dairy products. Consumer and business confidence are strong and the rapid rise in net inward migration over the past year has added to consumption and housing demand. Construction activity is being lifted by the Canterbury rebuild and by work in Auckland to address the housing shortage.

The Federal Reserve will trim its monthly bond buying by $10 billion to $65 billion, sticking to its plan for a gradual withdrawal from departing Chairman Ben S. Bernanke’s unprecedented easing policy. “Labor market indicators were mixed but on balance showed further improvement,” the Federal Open Market Committee said today in a statement following a two-day meeting in Washington that was the last for Bernanke, who will be succeeded by Vice Chairman Janet Yellen on Feb. 1st.

The yen snapped two days of losses to strengthen 0.8 percent to 102.11 per dollar mid-afternoon in New York, having fallen as much as 0.5 percent. It gained 0.9 percent to 139.42 per euro, after declining 0.4 percent. The dollar gained 0.1 percent to $1.3655 against the 18-nation shared currency. New Zealand’s dollar fell 0.8 percent to 81.89 U.S. cents. The yen and dollar gained against most emerging-market currencies as the Federal Reserve continued to trim monthly bond buying that has propped up global asset prices.

New Zealand’s dollar extended a decline versus the greenback after the central bank held interest rates steady after Governor Graeme Wheeler said in December he expected borrowing costs to rise in the first half of 2014. Developing-economy currencies fell earlier as South Africa’s central bank joined Turkey in raising its benchmark interest-rate in moves that failed to reassure investors. Russia’s ruble extended its slump to 13 days.

The USA 10-year debt note yield fell five basis points, or 0.05 percentage point, to 2.70 percent at mid-afternoon in New York. The price of the 2.75 percent note due in November 2023 added 14/32, or $4.38 per $1,000 face amount, to 100 14/32. The yield reached the least since Nov. 20th. Treasury 10-year note yields fell to the lowest level in two months as investors sought a haven from emerging-market turmoil even as the Federal Reserve announced plans for a second reduction in its bond-buying program.

Thursday we start the day with German CPI expected to come in at a negative rate of -0.4% for the month, down from 0.4% up in the previous month. Spain’s flash GDP figure is expected in at 0.3% positive, whilst Germany’s unemployment is expected to fall by 5K over the last month.

In the USA the advance GDP figure is predicted to show GDP at 3.2%, down from the actual 4.1% previously. Unemployment claims in the USA for the week are expected in at 331K, up from 326K previously. Pending home sales in the USA are expected to have fallen by -0.1%. Natural gas storage was down by 107 billion therms last week, hence the spectacular rise in the cost on the markets, albeit this is an historical seasonal practice and phenomena.

Moving on to the evening New Zealand will publish its balance of trade data, expected in at $500 billion. The RBNZ governor Wheeler will explain the data in a press conference to be held later on in the evening and he will presumably discuss interest rate setting policy also.

« Turkey’s bilateral action on interest rates calms market nerves whilst the countdown begins to the FOMC policy announcements As a novice trader what have you learned so far? »