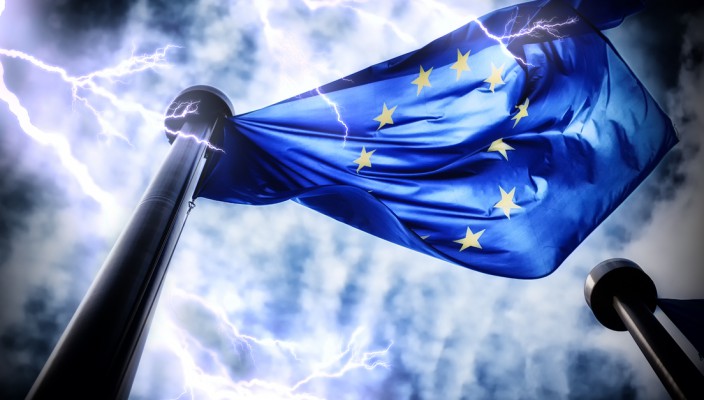 According to Reuters, the investor morale in April has continued to deteriorate, making it the fourth month in a row. According to a survey presented on Monday, the morale is at its lowest since February 2017 and it has been greatly influenced by the threat coming from the US regarding the possible introduction of tariffs and a protectionist spiral. The Sentix Investor Confidence index fell from 19.6 to 19.2 in April, whereas the forecast was 21.2. As per the managing director at Sentix, Manfred Huebner, the uncertainties regarding the US tariffs and the threat it may cause of an expansion of protectionist measures are pondering on the EU. The protectionist measures relate to the 1962 trade law that was invoked by President Trump, allowing the protections for US steel and aluminum producers on national security grounds, and last week it was announced by the White House that Trump has decided to extend the temporary pardon from the tariffs for the EU, Mexico and Canada just until 1st of June this year.

On this note, Germany has urged its EU partners in showing more flexibility and look towards a broader trade deal that could benefit both sides. Placing itself at odds with its’ EU peer-France. In addition, it seems that the peak of Germanys’ economy blooming has passed according to the Sentix survey showing that the morale is at its lowest since September 2016. Furthermore, the industrial orders for the country came with a surprisingly low numbers, dropping for a 3rd month due to weak foreign demand. Contracts for German goods were forecasted to rise to 0.5% from previous 0.3%, while coming at -0.9%, a true setback for the economy. As VP Bank Group analyst, Thomas Gitzel said, the economy is slowing down and some growth forecasts are to be revised soon, noting that the debate about the tariffs created an uncertainty in EU export driven industry.

Today from the EU macroeconomic releases we have the German Industrial production and trade balance, where the forecast is that the production will increase just moderately at 0.8%. In addition, the investors will keep an eye on the Swiss unemployment rate and UK Halifax HPI. From the US, most eyes will be on the JOLTS job openings with an expected improvement in the near terms, based on the previous month’s numbers and steady labor demand.

ECONOMIC CALENDAR EVENTS FOR MAY 8th

« Eurozone business growth reduced once again in April, while US wage inflation misses the consensus Fed interest rate hikes should not surprise the markets if the US economy evolves as expected; Germany may not be at a standstill after all »