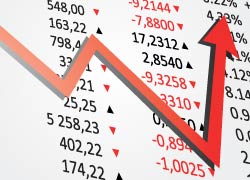 So what did we expect as the news finally broke that a deal had been reached by the Greek government on the austerity measures? Fireworks, street parties, Bacchus debauchery on the streets of Athens? Or the weary resignation that “resistance is useless” and by any fair method or foul it was inevitable that Greece would have to bow at the alter of a hybrid form of ‘corporatocracy’ rushed in by bankers for bankers?

Make no mistake these measures are bailouts for lenders, using choke holds on the industry of the masses, to pay them back debt that had not been created by the masses. But Greece is not alone in having the wool pulled over its collective eyes, the UK today announced another round of Q.E., the tired rhetorical headlines read; “50 billion to be pumped into the economy”, or “the BoE cranks up the printing presses” when in truth that ‘money’ will stay on Threadneedle Street and not reach main street. It’ll be used to protect banks. The BoE will simply buy junk off banks in order to give them more liquidity to prevent further solvency issues.

So it’s fitting that there’s been no celebrations were Greece is concerned, it’s only a tentative step in a very long journey to restore the country to some sort of normality. The 600 euros minimum monthly wage could set a shocking precedent for private business. Many cynics could see it as the thin end of the wedge, a drive to establish equilibrium with emerging economies; Greece sinks to their level of pay as opposed to the BRICS being elevated to a higher European standard. It’ll take a while for the Greeks to come to terms with what’s been agreed without them having any say in matters, revisiting the situation month by month may not illuminate the full technicolor detail of the husk that will be left, or the many lives in turmoil, Greece will be unrecognisable inside a two year window and it remains to be seen if the rest of the PIIGS and France will follow suit.

The European Central Bank should participate in efforts to reduce Greece’s debt. The ECB must look, within the framework of its independence, what sort of contribution it can make to the debt reduction of Greece. I hope it will find something.

The Greek political leaders clinching a long-stalled deal on Thursday on harsh austerity measures is only one part of the issue, the country’s financial backers remain skeptical. European Union partners and the International Monetary Fund have been frustrated by a string of delays and weeks of wrangling over the terms of the 130 billion euro bailout, with time running out to avoid a chaotic default. Finance ministers of the 17-nation euro zone arriving for talks in Brussels warn there’ll be no immediate green light for the overall combined rescue package.

It’s up to the Greek government to provide concrete actions through legislation and other actions to convince its European partners that a second program can be made to work.

You don’t need to wait around because there will be no decision (tonight).

Forex Spot-Lite
The dollar weakened versus nine of 16 major peers. The euro strengthened versus 15 of its 16 major counterparts this week on optimism that Greek political leaders took steps towards securing a second bailout package for the nation.

The 17-nation currency headed for its biggest five-day advance versus the yen in 17 weeks after Greek officials said they reached an agreement on austerity measures. Australia’s dollar was poised for its longest streak of weekly gains since October 2010 before the Reserve Bank releases its monetary policy statement.

The euro is set to rise 1 percent against the dollar this week, its first advance since the five-day period ended Jan. 27. The shared currency is poised for a 2.4 percent gain versus the yen, the biggest since the week through Oct. 14.