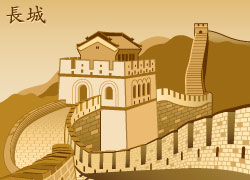 The Chinese Wall of Opinion Versus a Euro Bailout

An estimated 200 million people live at or below subsistence levels in China, spending 20 billion euros on them, instead of buying some form of Eurozone bond as part of the EFSF bail out package, would raise their standard of living by half for a year calculations by research firm High Frequency Economics show.

The Chinese have been sending unambiguous messages to their government, in the from of micro blogs on various Internet sites in China, ahead of the G20 summit in France which has begun on Thursday. Tens of thousands of ordinary Chinese folk have been furiously posting their opinions online demanding that their leaders attend to China’s domestic problems first ahead of Europe’s problems.

European officials have asked China to put part of their sovereign wealth funds into a mooted special purpose investment vehicle (SPIV) in order to enhance the region’s rescue fund four/five-fold, to approx. 1 trillion euros. However, a large swathe of China’s 1.3 billion people are extremely poor, many believe there are far better ways to spend the excess cash in the $3.2 trillion pile of foreign exchange reserves the country has amassed in its rise to becoming the global manufacturing might. With Premier Hu in Europe, the tens of thousands of blog posts on the subject show how sensitive the issue is in China, where the Internet has become the place for 480 million users to air grievances. As of Thursday, there were about 74,000 postings on the euro zone debt crisis on the microblog site of www.sina.com.cn (China’s most popular among microbloggers) and more than 47,000 on www.qq.com.

The European Central Bank unexpectedly cut the base rate in the Eurozone at Mario Draghi’s first meeting in charge even as the new president signalled no plans to backstop the region’s most vulnerable nations as the escalating debt crisis threatens to splinter the euro region. ECB officials unanimously lowered the benchmark interest rate by 25 basis points to 1.25 percent, confounding 51 of 55 economists in a Bloomberg News survey. Only four predicted a quarter-point move and two expected a half-point reduction. Italian bond yields fell after the rate cut and the euro extended declines, dropping as much as 0.8 percent to $1.365

The yield on Italy’s 10-year government bond, which fell 5 basis points to 6.13 percent on the rate cut, rose to 6.21 percent as Draghi spoke before dropping again. Earlier, it touched a euro-era record of 6.35 percent. Spain’s 10-year yield fell 1 basis point to 5.41 percent. Berlusconi was told by Merkel and Sarkozy to press ahead with budget-balancing measures, a day after his Cabinet agreed to include emergency measures in a bill set for passage by Nov. 15. Investors want Berlusconi to go further than the steps proposed so far, which include raising the retirement age and selling more state assets.

Stocks, commodities and the euro rose, while Treasuries slid, as Greece moved closer to accepting a bailout and the European Central Bank cut interest rates to bolster economies reeling from the debt crisis. The Standard & Poor’s 500 Index added 1.9 percent to close at 1,261.15 at 4 p.m. in New York, resuming gains after turning lower following data on service industries that trailed estimates and the ECB president’s prediction that Europe may enter a “mild recession.” The Stoxx Europe 600 Index surged 2.1 percent, while the euro was up 0.5 percent at $1.3817. Oil rose 1.7 percent to top $94 a barrel as the S&P GSCI Index of materials increased 1.2 percent. The drop in 10-year Treasury notes sent yields up eight basis points to 2.07 percent. The S&P 500 rose 11 percent in October, its best monthly gain since 1991, amid better-than-estimated economic data and corporate profits. The S&P GSCI index climbed 9.6 percent last month.

The U.S. Senate blocked two competing proposals to boost construction on roads, bridges and other infrastructure as Democrats and Republicans escalated their fight over President Barack Obama’s $447 billion jobs plan. The Senate voted 51-49, short of the 60 needed to begin debate, on a Democratic measure to provide $60 billion for construction work and an “infrastructure bank” to leverage capital for more projects. It would be financed by a 0.7 percent tax surcharge on millionaires.

Economic data showed service industries in the U.S. expanded at a slower pace and consumer confidence plunged. A gauge of non-manufacturing industries making up about 90 percent of the economy fell to 52.9 in October from 53 in September, the Institute for Supply Management said. A reading above 50 signals growth. The Bloomberg Consumer Comfort Index slid to the lowest level since the depths of the recession in 2009.

Data from the Labor Department showed that jobless claims fell by 9,000 to 397,000 last week, the fewest in a month and lower than the median forecast of economists for 400,000. A report tomorrow is forecast to show the U.S. added 95,000 jobs in October and the unemployment rate held at 9.1 percent, according to the median forecasts of economists surveyed by Bloomberg.

Analysts polled by Bloomberg showed a median forecast of 47.2 for PMI services unchanged from last month’s figure. A survey of analysts compiled by Bloomberg shows a predicted month-on-month change of 0.2% for the producer price index, compared with the -0.1% that was reported in last month’s release. The same survey gave a median forecast of 5.8% year-on-year (the previous month’s annualised rate was 5.9%).

« If I Knew Then What I (Think) I Know Now La Dolce Vita – The Sweet Life, Full of Pleasure and Indulgence is Finally Over as the New Reality Begins to Takes Shape »