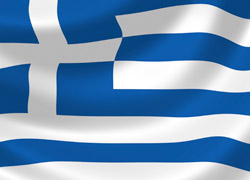 The Battle Might Have Ended in Greece but the War Continues

The Greek election results make a near-term exit of Greece unlikely, but the longer  term outlook regarding euro participation is still uncertain. No party won an absolute majority, but the New Democracy came out first with about 30% of the popular vote and 129 seats (including the 50 seats extra the winner secures according to the Greek election rules). The PASOK, who together with ND dominated politics in past decades, got a disappointing 12% of the votes and secures 33 seats. Both parties were clearly in favor of staying in the euro area and want to respect the bail-out packages agreed with Europe, even if both want to renegotiate some parts of it. The left Syriza party who promised to reject the agreement with Europe came out second in the polls with 26.7% of the popular vote and 71 seats. Europe will be pleased that Syriza didn’t win the elections and capture the 50 extra seats for the party that pasted the post first.

However, the success of this party clearly demonstrates the anger in the country and the tiredness of austerity policy that don’t seem to improve the situation.  Basic addition and party programs show that a ND-PASOK coalition (eventually supplemented by other smaller parties) is the only viable option for ND to form a coalition. PASOK might want to include its rival of the Left (Syriza) into government, but this looks unlikely. The ND leader Samares has now three days to form a coalition and if he wouldn’t succeed, the Greek president will ask Syriza to try to form a government.

However, most likely a ND-PASOK government is likely, even if PASOK suggests that it might support a ND minority government from parliament. Next, the government will open negotiations with the Troika to get some changes to the program. There seems to be some limited room of maneuver. The German Minister of Foreign Affairs said the Troika might consider giving Greece more time to rein in its finances, but repeated that treaties must be valid in substance, leaving no room to cancel or renegotiate the bail-out agreement. The chaotic situation in Greece of late means that the country is without doubt  off program. This means normally that Greece should take new measures to remedy. It is here we expect the Troika will give Greece some more time. The funding of the government and of the banks remains the key aspect, but we suspect that during the negotiations, the Troika will take care of these funding issues.

Negotiations between Troika and the new government may take indeed some weeks. Some growth initiatives towards Greece might also be a sweetener to keep Greece inside the euro area. First big bond redemption of €3.1B is scheduled for August 20, at which time a eventually temporary solution has to be found.  For Greece, the situation remains very difficult. It is hard to see how the country may satisfy the bailout targets (even when giving some extra time) and thus the prospect of a delayed exit won’t fade rapidly. We suspect that the idea of some market participants that by giving Greece more time, the EMU is just giving itself more time to prepare for a Greek exit won’t die. Also for Spain and Italy, the Greek election results are no game changer.