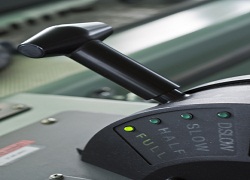 There was yet more promising data printed from the UK this morning with regards to the economic recovery of the country and unlike the data from sources such as Markit’s sentiment indices, this is as close to ‘fact’ as the UK can deliver. Despite the trade balance for the month remaining down at circa £9.7bn, which would be far worse if the services surplus data wasn’t included, the industrial production data revealed a year on year increase of 3.2% with the monthly figure being 0.4%. Although in line with expectations the data could prove that the UK is maintaining its modest recovery.

In the overnight/early morning trading session China published certain key data; retail sales increased by a very healthy 13.7% year on year, whilst industrial production increased in line with expectations by 10% year on year.

Federal Reserve Bank of St. Louis President James Bullard, a voter on Fed policy this year, has stated that the odds of tapering bond purchases have now risen along with gains in the labour market, and any reduction should be modest to account for low inflation.

Money managers in Japan bought a net ¥2.6 trillion ($25 billion) of foreign bonds in November, data from the Ministry of Finance showed Monday. During five consecutive months of net buying, they scooped up ¥9.1 trillion of bonds overseas, the largest buying spree since a ¥14 trillion binge in the nine months to January of this year.

European finance ministers could take an important step towards closer banking union today in their monthly ECOFIN meeting in Brussels. The ministers, from across the EU, will be discussing the rules for winding up failing banks, known as the Single Resolution Mechanism (SRM). There are hopes of an agreement, which could bring Europe closer to full banking union.

Jeroen Dijsselbloem, who chairs the Eurogroup of Eurozone finance ministers, said last night that the SRM would be top of the agenda at the Ecofin meeting today.

There is a great sense of urgency among the colleagues to reach an agreement if possible tomorrow.

Progress has been hampered by the long-running dispute between Berlin and France. The two sides disagree over how bailed out banks should be funded (Germany favoured national funds; France a central pot), and how the SRM could be controlled (by national states, or the Commission).

Japan’s consumer confidence improved in November, latest data revealed Tuesday. The unadjusted consumer confidence index, excluding one-person households, moved up to 41.9 in November from 41.2 in October, the Cabinet Office said. Economists had forecast the index to rise to 44. The sub-index of overall livelihood advanced to 39.1 in November from 37.7 a month earlier. At the same time, the measures of households’ views of their income growth rose to 39.1 from 38.1. Meanwhile, consumers’ willingness to buy durable goods turned less positive.

UK Trade shows the extent of import and export activity and is a key contributor to the overall economic growth in the UK. Seasonally adjusted, the UK’s deficit on trade in goods and services was estimated to have been £2.6 billion in October 2013, unchanged from the revised September 2013 estimate. There was a deficit of £9.7 billion on goods, partly offset by an estimated surplus of £7.1 billion on services. In October 2013, exports of goods to countries within the EU decreased by £0.5 billion to £12.1 billion. Over the same period imports of goods from the EU decreased by £0.2 billion to £18.5.

« Why bursting the bubble; discovering that there is no ‘Holy Grail’ of trading, finally leads to trader enlightenment 200% account growth annually trading forex, is it realistically possible? »