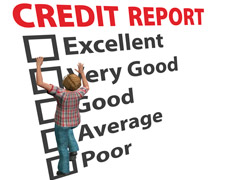 “For India, China and many of the other new powers, they don’t see simply a crisis of the euro zone. They see a crisis of the rich world and it makes them even more confident that their time has come” – Kleine-Brokhoff at the George Marshall Foundation of the United States…

It’d be difficult to imagine a more selfless, thankless and demeaning task than the one Christine Lagarde undertook to attempt to get the BRICS nations on board, resorting to a whirlwind sales tour in order to plead Europe’s case has failed. She’d have had more luck as a schoolgirl asking for her sponsorship form to be filled in on condition that she completed a set amount of laps around the school track, at least if she presented that option it would have been regarded as money going to a ‘good cause’ perhaps a charity. The sponsorship form she presented to the BRICS offered no such guarantee and the EFSF is not a charity..or is it?

One thing is certain, if the ECB keeps ‘backstopping’ Italy’s bonds then the BRICS will simply continue to shrug their shoulders and suggest that their money and contribution would be worthless given the propensity of the ECB to inflate through the back door. Despite their proclamation of purity and insistence that the central bank of Europe could never act as a bank of last resort the ECB continues to find loopholes by which it can change the game plan internationally. Thursday’s purchase of Italian bonds, to ensure the auction ‘got away’ and the bond price of five and ten years fell below 7%, was a demonstration that the decision makers in Europe and the ECB will constantly search for legal mechanisms, within the overall legal framework and their remit, to kick that famous can further down the road. As per the script the ‘market’ has bought it, the simple translation is that the ECB is firmly behind Italy, Greece, Spain and the French banks that are partly on the hook for the combined €3 trillion debt. On the subject of France Standard and Poor’s came in for heavy criticism on Thursday afternoon…

Standard & Poor’s sent global equity, bond, currency and commodity markets into shock when it distributed and then later corrected an erroneous message to subscribers suggesting France’s top credit rating had been downgraded. A downgrade of France’s credit rating would affect the rating of the European Financial Stability Facility, the bailout fund for struggling euro member countries that has funded rescue packages for Greece, Ireland and Portugal partially through bond sales. If the EFSF has to pay higher interest on its bonds, it may not be able to provide as much funding for indebted nation.

France also has the top rating from Moody’s Investors Service and Fitch Ratings. S&P’s error came after Sean Egan, president and founding principal of Egan-Jones Ratings Co., said earlier today that his namesake firm may lower France’s credit rating. Egan-Jones currently rates France AA-. Both Moody’s and Fitch have threatened France with a downgrade. Suspicions will no doubt gather traction that S&P did not ‘make a mistake’ but were leant on by certain powerful forces. Quite simply S&P doesn’t make apprentice office boy ‘fat finger’ mistakes with something so serious as the world’s fifth largest economy’s credit rating.

S&P said in the release

As a result of a technical error, a message was automatically disseminated today to some subscribers of S&P’s Global Credit Portal suggesting that France’s credit rating had been changed. This is not the case: the ratings on Republic of France remain ‘AAA/A-1+’ with a stable outlook, and this incident is not related to any ratings surveillance activity. We are investigating the cause of the error.

Martin Winn, an S&P spokesman in London, didn’t immediately reply to a request for additional comment after forwarding the rating notes.

Market Overview
Stocks rose in the USA, the Standard & Poor’s 500 Index rebounding from its worst drop since August, as jobless claims fell while a retreat in Italian bond yields and the selection of a new Greek premier tempered concern about Europe’s crisis. The euro gained and Treasuries slid.

The S&P 500 rose 0.9 percent to close at 1,239.7 at 4 p.m. in New York. Italy’s 10-year bond yield, which surged to a record yesterday, dropped 36 basis points to 6.89 percent today as the European Central Bank bought the country’s debt and the nation sold all the bills planned at an auction. The euro appreciated 0.4 percent to $1.3601. Cotton and oil rose at least 1.8 percent to lead commodities higher. Ten-year Treasury yields lost six basis points.

The Dollar Index, which tracks the U.S. currency against those of six trading partners, fell 0.4 percent after advancing as much as 0.3 percent. The U.S. currency weakened against 12 of 16 major peers, with Brazil’s real and the South African rand climbing 1 percent for the biggest gains.

The 10,000 drop in jobless claims to 390,000 compared with the median forecast of economists in a Bloomberg News survey for 400,000 new claims. Another report showed the U.S. trade deficit unexpectedly narrowed in September to the lowest level this year as exports surged to a record high.

Among commodities tracked by the S&P GSCI, 10 rose and 14 retreated. Oil climbed 2.1 percent on the day to $97.78 a barrel in New York, the highest level in more than three months. Copper fell 1.9 percent. Gold for December delivery lost 1.8 percent to $1,759.60 an ounce. Oil futures have fallen in New York, while heading for the longest run of weekly gains since April 2009. Crude for December delivery fell as much as 43 cents to $97.35 a barrel in electronic trading on the New York Mercantile Exchange and was at $97.44 at 7:27 Singapore time. The contract is up 3.3 percent this week, the sixth weekly gain, and 6.6 percent this year.

Economic calendar releases that may affect the morning market session