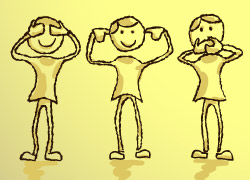 On Tuesday the UK’s ONS (official national statistics) released the latest budget deficit figures and the current coalition greeted the new figures with the kind of relish last witnessed when the UK Chancellor received hearty pats on the back from his front benchers in Parliament for announcing the reduction of the civil service by 25%, or in human cost 750,000 secure jobs.

Net borrowing excluding support for banks fell to 6.5 billion pounds from 7.7 billion pounds a year earlier, the Office for National Statistics reported. The shortfall was in line with the median of 13 forecasts in a Bloomberg News survey. So that’s good news then eh? Well hardly, not when you consider the full picture as revealed by the respected publication Global Finance.

Global Finance is a monthly magazine founded in 1987 by publishing entrepreneurs Joseph Giarraputo and Carl Burgen. Giarraputo continues as Publisher and Editorial Director. Its mission is to help corporate leaders, bankers and investors chart the course of global business and finance. It’s not an iconoclastic publication, it’s a painstakingly accurate data driven content magazine devoid of sensationalism. Within the content is a dynamic series of tables illustrating just how well UK ‘plc’ is actually doing and it’s not pretty…

If you do some simple sums it’s a xxx rated horror show that the Stephen Kings of the economics world would baulk at composing, here’s a snippet; you know those debt versus GDP figures that the UK mocks the rest of Europe for? You know the ones; Greece is 160%, Italy is 120% and the UK’s is…drum roll…a staggering 466% at the last count in 2009-2010. They kept that quiet eh? Not Global Finance, they simply quietly and efficiently compile and translate data, nope they as in “the UK government”. The truth, and we obviously can’t handle the truth, is that the UK is a basket case, only slightly behind ruinous and dubious Japan.

Putting some perspective on this is simple; the UK’s financial debt versus GDP is the worst on the planet. Household debt is the second worst on the planet, and non financial debt comes in fourth. With a bit of clever ‘Enron’ style accounting the UK government apparatchiks and administration makes it appear that the UK’s debt to GDP is a credible 59%, however, that doesn’t include issues such as quantitative easing used to rescue UK state owned banks.

As to the overall debt of the UK it’s beyond conventional management, so much so that the piddling reduction of circa £1 billion announced on Tuesday would be like an individual debt junkie crowing he had ten grand of savings, whilst he has one million of debts he can’t possibly service on his UK median income of £23k.

And that’s the deficit right there, it’s a piddling ‘credit card’ debt that’s irrelevant to the big picture of a debt versus GDP of 466%. Oh alright I know, I’m being deliberately gloomy, ok let’s be kind and take off household debt and leave only the govt debt..there that looks better, it’s now only circa 350%, still above that of ‘bad boy’ Italy (combined debt v GDP minus household of 264%) and AAA threatened France (279%). Even with household debt stripped out the UK total indebtedness is still far worse than countries considered a terrible risk.

What also becomes clear, when analysing the UK specific household debt figures, are the reasons why the current govt and the BoE are terrified of raising interest rates and will continue to support the banks through further rounds of QE. A raise in rates and a lack of direct bank support would devastate the UK housing market.

Anyhow here’s the link for Global Finance, it’s worth bookmarking. I put these bookmarks in a folder, I call it the “anti B.S. folder”, you may prefer to choose a different title.

The S&P 500 slid to its lowest level since Oct. 7 and has slumped 5.2 percent so far this month, led by an almost 11 percent tumble in financial companies. Financial firms were the biggest drag on the S&P 500 today, slipping 0.9 percent as a group. Goldman Sachs Group Inc. lost 2.1 percent to $89.40, its lowest price since March 2009.

The yield on Spain’s 10-year bond rose five basis points to 6.61 percent, the highest on an end-of-day basis since 1997. The government also offered six-month bills at an average yield of 5.227 percent, compared with 3.302 percent last month.

Spain needs a euro-region accord to “save and guarantee the solvency” of its debt amid surging bond yields. Maria Dolores de Cospedal, deputy leader of the People’s Party;

Spain cannot continue financing itself at 7 percent. So an agreement through a joint euro-zone operational strategy to save and guarantee our sovereign debt has to come from the European institutions.

The euro strengthened against 10 of 16 major peers, rising 0.2 percent to $1.3514 after climbing as much as 0.6 percent. The Swiss franc strengthened 0.4 percent against the dollar and 0.2 percent versus the euro, rising for the third consecutive day. The yen depreciated against 12 of 16 major peers monitored by Bloomberg, and the Dollar Index was little changed at 78.249.

A Bloomberg survey yielded a median estimate of 46.5 for the eurozone PMI manufacturing compared to a previous figure of 47.1.

« Are You At Home On The Range Or Swinging With The Trend? Dexia And The Midnight Runners »