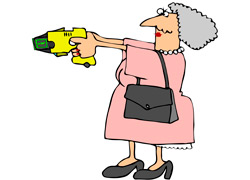 Set Your Phasers to Stun

When you have a outlier market event, such as the unified central bank rescue affirmation on Wednesday, it’s natural to do two things. Firstly to ‘join up the dots’ to find any clues that led up to the event and secondly to question where the evidence is, other than rhetoric? Evidence is simple, the dollar just got much cheaper, and we’re not even at defcon 5 stage of QE 3. The clues? Well they were there, but as hard as us mortals looked they’d have been impossible to spot..

Was it irony or coincidence that we highlighted both MF Global on Monday and FX Concepts today? It’s as if a higher power or authority knew there was no hope for MF’s appalling decision to go ‘all in bearish’ on the Euro, if they had survived another few weeks their position trades versus the Euro (whatever the hedge strategy employed) would have resulted in deeper losses as a consequence of today’s action. Similarly, we mentioned in this morning’s market commentary; “Betting On A Euro Collapse? Don’t Hold Your Breath, Or Your Position Trades” the perilous situation of FX Concepts. Their hopes, that Euroland would implode taking the shared currency with it (not to mention the standard of living for hundreds of millions of Europeans), now surely lies in tatters. Their 12% loss to date this year just got hit out of the ball park…unlucky..

There’ll be many within the analysis and strategy community who look for clues for today’s action and wonder “who knew what was coming”? Many would prefer something far more concrete, in terms of historical reference, as revealed yesterday to demonstrate that decisions such as today’s are made days in advance and that those at the very top of the food chain already had their Phasers set to kill..

Former U.S. Treasury Secretary Henry Paulson gave top hedge fund bosses the inside scoop about the government’s plans for Freddie Mac and Fannie Mae at the height of the financial meltdown. A report details a meeting at the Manhattan headquarters of a hedge fund in July 2008 when Mr Paulson allegedly told the millionaires money managers that the government could seize Fannie and Freddie and wipe out their stock. Bloomberg claims Paulson gave the hedge fund chiefs a very different story to the one he gave earlier the same day to reporters.

The Treasury Secretary gave the impression to the New York Times that a government inspection of the companies’ books was likely to give a vote of confidence to the shell-shocked markets. During the earlier meeting at the offices of Eton Park Capital, Paulson revealed the government was considering drastic action.

Around the conference room table were a dozen or so hedge-fund managers and other Wall Street executives, at least five of them alumni of Goldman Sachs Group Inc., of which Paulson was chief executive officer and chairman from 1999 to 2006,’ writes Bloomberg.

A fund manager who attended said they were told there was a scenario being considered where Freddie and Fannie would be placed into a ‘conservatorship,’ the government would seize control of the companies and allow them to carry on operating despite heavy mortgage losses. Paulson allegedly told the group the move could mean that the common stock of the government-sponsored companies would be wiped out. Bloomberg said Paulson didn’t break any laws by disclosing the information. Seven weeks later, the boards of Fannie Mae and Freddie Mac voted to go into conservatorship. The takeover became effective on the Saturday, September 6,  and when markets opened the following Monday stocks in both companies plummeted below $1.

Overview
The central banks of the U.S., the euro region, Canada, the U.K., Japan and Switzerland agreed to cut the cost of providing dollar funding via swap arrangements, the Federal Reserve said, and agreed to make other currencies available as needed. China said earlier today it will cut the reserve requirement ratio for banks by 0.5 percentage points, while data on U.S. business activity and the employment and housing markets topped economists’ estimates.

Euro-area finance ministers said they would seek a greater role for the International Monetary Fund and the European Central Bank in fighting the sovereign debt crisis after conceding an effort to expand their bailout fund missed its target. The ministers yesterday agreed to guarantee as much as 30 percent of new bond sales from troubled governments, and to improve its ability to cap yields by buying bonds. European heads of government will meet in Brussels on Dec. 9 to discuss the crisis.

The new interest rate central banks are offering for dollar funding is the dollar overnight index swap rate plus 50 basis points, a half percentage-point cut, and the program was extended by six months to Feb. 1, 2013, the Fed said today. The six central banks also agreed to create temporary bilateral swap programs so funding can be provided in any of the currencies if needed.

The Standard & Poor’s 500 Index jumped 4.3 percent, the most since Aug. 11. Today’s rally trimmed the sixth monthly decline in seven for the index, leaving it down 0.5 percent in November. The MSCI All-Country World Index climbed 3.7 percent at 4 p.m. New York time and is up 7.6 percent in three sessions. The Dow gained 4.2 percent to 12,045.68, while the Stoxx Europe 600 Index capped its best four-day gain in three years. The dollar weakened against all 16 major peers, with the euro up 0.9 percent to $1.3441. The cost for European banks to fund in dollars retreated from the highest since 2008. Oil jumped to almost $101 a barrel and copper rose 5.5 percent.

« Betting On A Euro Collapse? Don't Hold Your Breath, Or Your Position Trades Corruption Perceptions Index 2011 »