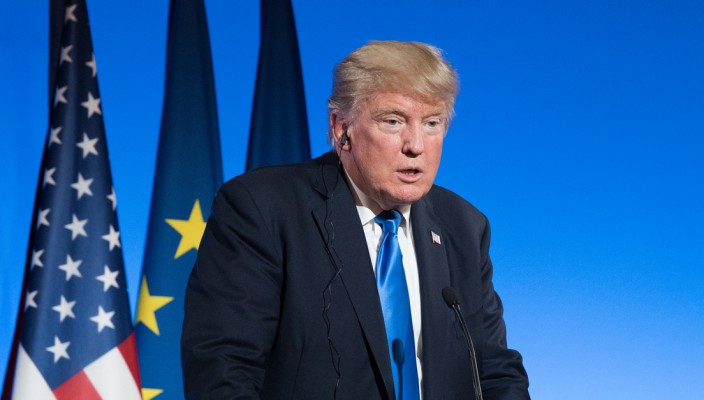 Yesterday we saw a bundle of news coming from Australia, where most traders were concentrating on the RBA and the decision regarding the cash rate. As the Reserve Bank of Australia decided to keep the rate unchanged at 1.50%, Aussie fell of daily high. In addition, the Australian retail sales rose less than expected, increasing 0.1% over the month of January.
The US Dollar steeped out of the spotlight amid receding fears about a trade war stemming from US President Donald Trump’s proposed tariffs on imported steel and aluminum, with political developments in the Euro-zone influencing the EUR/USD pair’s movement on the first trading day of an extremely busy week.
Bloomberg carried a report on Tuesday, citing that the European (EU) Commission briefed the national government envoys yesterday and noted that the EU has the right to take immediate retaliatory measures against imports of the US products worth 50% of the EU’s exports of steel in the US.
The key details are that duties can be imposed without waiting for WTO dispute-settlement procedures. And that means if the EU would want to, they can actually take matters into their own hands now – and that would not bode well for market sentiment if that were to happen. The list includes steel products, industrial products (including shirts, jeans, cosmetics, motorcycles, and boats), agricultural and processed agricultural products (including rice, cranberries, orange juice, maize, whiskey, tobacco products). It also says that tariffs of 25% may be imposed on products included in the list above.
Wednesday is a relatively busy day for data releases with the highlight in the European session being the final revisions to Q4 GDP for the Euro area. UK house price data for February and France trade data will also be released. In the US, the main focus should be on the February ADP employment change reading, while final Q4 revisions for nonfarm productivity and unit labour costs are due, as well as the January trade balance reading and consumer credit print.
Away from the data, the Fed’s Brainard, Kaplan, Dudley and Bostic are all due to speak, while the Fed will also release the Beige Book. Brexit will again be a focus with ambassadors from all EU countries excluding the UK due to meet to hold their first discussion on draft guidelines about the future relationship between the UK and EU. -FXStreet

The pair broke above the $1.2360 level that capped it in recent days and also in late February. Moreover, the battle over the uptrend resistance line has been won. The pair traded alongside this level, made a break to the downside and then tried to recapture it for quite a few days. It now seems that the move is complete.
The talks between North Korea and South Korea yielded a major breakthrough. North Korea, led by Kum Jong-un, is ready to consider abandoning its nuclear weapons. This follows a long period of testing atomic bombs and ballistic missiles. In return, the regime wants safeguards for its existence.
Markets reacted immediately with a risk-on atmosphere. The safe-haven yen and also the US Dollar are being sold off and other currencies are on a rise. The EUR/USD, which was already well-poised to take advantage of good news, jumped to higher ground. Earlier, the common currency ignored uncertainty in Italy, the worries about a trade war, and also the upcoming ECB decision. -FXStreet

The GBP/USD is trading lazily ahead of the London market open, sticking in place just beneath the 1.3900 handle. The Sterling has lifted against the Greenback for four consecutive trading days, but volatility has been restrained and upward movement remains limited.
Currently holding in positive territory, for the fourth consecutive session, the pair has now recovered nearly 200-pips from the 1.3700 neighborhood touched last week and a follow-through up-move, led by some additional short-covering, now looks a distinct possibility.
In absence of any major market moving economic releases, the pair is likely to be influenced by the New York Fed President William Dudley and the Bank of England (BOE) Chief Economist Andy Haldane’s scheduled speeches. -FXStreet

Despite a mildly softer tone surrounding the US Dollar, the pair caught some strong bids and the latest leg of sharp uptick seems to have been driven by news headlines that N. Korea is open to denuclearization talks.

Against the backdrop of receding fears of a global trade war, the news further fueled the prevalent risk-on mood and dampened the Japanese Yen’s safe-haven appeal.

Improving appetite for riskier assets was further reinforced by a sudden surge in the US Treasury bond yields, which remained supportive of the pair’s rise back closer to session tops.

The pair has now moved into positive territory for the second consecutive session as traders now shift their focus to the New York Fed President William Dudley’s speech for some fresh impetus. -FXStreet