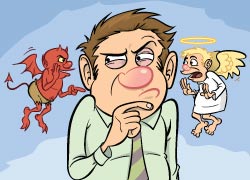 Believe it or not, this event made waves in the foreign exchange trading market. This event made it to the forex news due to the fact that this involves a prominent personality from one of the most highly regarded monarchies worldwide, Great Britain.

About a year ago, Prince Harry has been a notable participant in the foreign exchange trading market wherein he acted as a trader in a fundraising event. He received positive feedback then for acting beyond his age and for valuing goodwill and charity. But with his current scandalous acts, he has to face rebuke not just for taking actions that are quite unbecoming of a crown prince, but also because of the current negative effect of his nude pictures on the British pound that he always wished to uphold, strengthen, and defend.

The year 2012 marks several victories for Great Britain – the celebration of Queen Elizabeth II’s Diamond Jubilee as a queen and the successful launching and conclusion of the triumphant Olympic Games are just some of them. However, Prince Harry got involved in an incident that might cost him reprimand from his grandmother and the British military. His nude pictures participating in a strip billiards game in a Las Vegas hotel room was leaked and aired in a United States television station.

TMZ, a website that usually focuses on Hollywood celebrities, aired the controversial pictures of Queen Elizabeth’s grandson after confirming that these were all genuine. The prince who is 27 years old is said to be successful in catching the attention of her 86 year old grandmother as well as of the forex news traders. Prince Harry was reported to be flown back to the United Kingdom last Wednesday. He was said to be certain of facing rebuke from his royal family due to his attitude that has gone overboard.

In the photographs released, he was seen to be naked with naked women. This ended the period of peaceful royal existence in the United Kingdom. The mood towards the royal family was quite celebratory and jubilant – thanks to a series of good news like the Queen’s anniversary, her stint in the Olympics and her granddaughter (Zara Phillips) winning a silver medal in the equestrian even in the Olympics.

Prince Harry is the youngest son of Princess Diana. He is the third in line in the British throne, next to Prince Charles and Prince William. He has mingled with the athletes who participated in the Olympics every single day. During the closing ceremony, he represented his grandmother as he sat on the VIP enclosure.

He is busy as a pilot of an attack helicopter and he has already gained the rank of Captain in the Army. What happened in Vegas is said to be just a break from the tiring Olympic Games, a period before he resumes his duties at the military. According to the officials of the Army, the Prince underwent a special training in order to be prepared for his deployment in Afghanistan sometime in fall.

Prince Harry’s trip to the United States sadly reached his home shores bringing negative forex news. Initially, the pictures were those of the Prince in the pool with women in their bikinis. But the most recent ones are those of naked women who are dancing with an equally naked royal blood in the person of Prince Harry. With the confirmation of the picture’s authenticity, reactions are yet to be heard from the royal family. During his flight and when the controversy went viral, he was reported to have remained in his cabin and he did not mingle with the other passengers of the plane.

As of the latest forex news, palace officials are still in the state of shock and are currently dealing with acute embarrassment. They are expected to air their sentiments sometime soon. Effects on the foreign exchange have been apparent on the current performance of the British pound and the Euro.