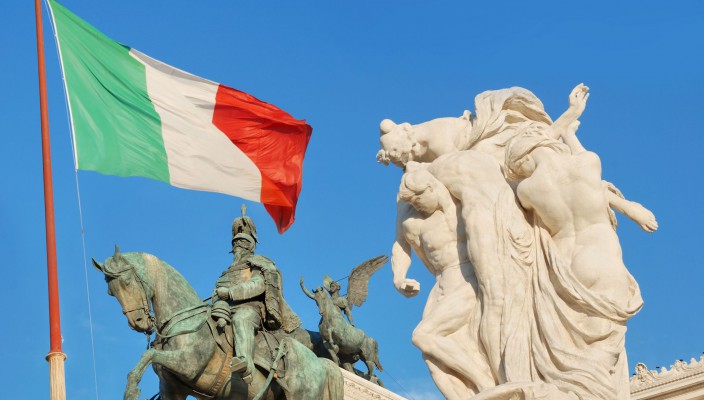 As Italy heads towards another election with all the chances that the anti-establishment parties will gain more strength, the country’s future role in the euro region is threatened. According to Bloomberg, the country went into political mayhem on Saturday as President Sergio Mattarella rejected appointment of euro-sceptic finance minister who was put forward by the populist leaders (81 year old who has argued for Italy to leave Euro), Matteo Slvini and Luigi Di Mario. President Mattarella was accused by the populist leaders for the collapse of the planned coalition and suggested an international conspiracy against the country. These recent developments sent the debt yields rising with bank shares dropping, while Italy’s stock market extended the 5 day losing streak in Milan trading, while the Italy-German bond yield spread rose to the highest in over 5 years. All this has led towards international investors’ concerns about Italy’s uncertainty and the uncertainty regarding the outcome of the new elections are already pricing in.

Reuters has reported yesterday that the investors are worried about the proposed coalition and their spending program, as Italy already has the 3rd highest debt in the world, and that their plans would bring the country into conflict with the EU. According to ECBs’ outgoing vice president, Victor Constancio, in case that Italy runs into liquidity problems, any help offered will need to meet ECBs’ mandate and certain conditions.

Continuing with Europe, the lending growth to euro zone maintained steady in the previous month according to the ECBs’ regular monthly statement, with lending to non-financial corporations expanded by 3.3% and household lending remaining on the 2.9% level. The M3 measure of money supply was in line with expectations coming at 3.9%, however it is still below the growth recorded in February this year which was 4.2%.

As opposed to a very calm trading day yesterday, today the investors will be enjoying a vast of macroeconomic news coming first from Japan and New Zealand with speeches from Governor Kuroda and Governor Orr. This will be followed by the Australian building approvals and later during the European trading session, news from Germany is expected with retail sales and preliminary CPI; CHF KOF Economic Barometer and Credit Suisse Economic Expectations.

News from Canada and the US are up next, with US ADP Non-Farm Employment Change and Prelim GDP q/q, followed by Canadian RMPI, Current Account, as well as BOC Rate Statement and Overnight rate.

ECONOMIC CALENDAR EVENTS FOR MAY 30th

« Sparks seen at WTO between US and China Euro zone factory growth continuously slowing down; unexpected acceleration in the UK manufacturing sector; US NFP readings better than expected »