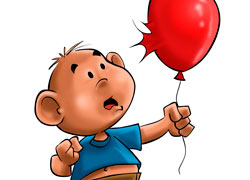 Party Poopers Kill The Joy Of The ECB Give Away

The giddy market atmosphere created by the ECB’s LTRO could not be sustained through the afternoon session. In fact, approaching the USA afternoon opening bell, the optimism had completely evaporated. Investors realized that, although the operation by the ECB has provided liquidity, in terms of a solution to the debt crisis there is no silver bullet. Apparently 523 banks snapped up the €489 billion. As to “who got what” that information isn’t available yet, but would make for fascinating reading once published. According to Reuters more than a dozen Italian banks, including top lenders UniCredit and Intesa Sanpaolo tapped 116 billion euros ($143.52 billion) of new three-year loans offered by the European Central Bank, nearly a quarter of the total, three sources with direct knowledge of the matter told Reuters.

Perhaps the fact that so many banks had their hands out in this record breaking tender actually spooked investors. 523 hungry banking mouths is lot to feed on a regular basis and with an average of less than a billion euros per bank investors could be forgiven for supposing that today’s exercise was simply a drill for further tenders of similar if not greater magnitude. Another interesting aspect is that as a game of ‘show and tell’ the weakest banks their played their hands.

European Consumer Confidence Falls Despite Germany’s Increase Yesterday
European consumer confidence has now collapsed to its lowest level since August 2009. New data released by the EC showed that consumer morale in euro countries fell to -21.9 in December, from -20.7 in November. This drop in European consumer confidence is fuelling fears that the eurozone is heading into recession. An interesting note was published by Citigroup in which they stated;

The S&P downgrade of euro zone sovereigns is hanging over the market but there is no definite timing, every day brings one rumour or another of an imminent moves. At this point a French downgrade is no surprise. A one-step downgrade would be a positive surprise, but downgrading core Europe, Germany, the Netherlands, Finland would still be a negative.

SNB May Go Negative
Switzerland may bring in negative interest rates in an attempt to drive down the value of the Swiss franc. Swiss finance minister Eveline Widmer-Schlumpf said on Wednesday that a ‘task force’ was looking into ways to protect Switzerland if the European debt crisis worsened. The Swiss franc is currently capped at 1.20 to the euro, having almost hit parity this autumn as investors looked for a safe place for their money.

The F.T. Lex column believes that the “stampede” to borrow from the European Central Bank should calm fears that a major European financial institution will collapse. Lex warns, however, that the wider economy may see little other benefit:

This is quantitative easing ECB-style. Ideally, the liquidity will flow into the real economy but the pattern of the past three years suggests that banks will hoard the cash as they look ahead to a stormy 2012 and see no sign that access to market funding is going to get any easier. So the ECB’s river of cash may not ease the credit crunch but it should ease the pressure on banks to sell assets at fire-sale prices.

Inquisition To March On Italy As Hungary Is Junked
The International Monetary Fund has announced that it will send a “monitoring mission” to Italy early next year to assess the state of the Italian economy. The news came after a two-person IMF team completed discussions with the Italian treasury about its budget plans. According to the IMF these talks were ‘productive’.

Hungary’s credit rating has been slashed to Junk status, by Standard & Poor’s. It’s a one-notch downgrade, taking Hungary from BBB- to BB+.

USA AAA Downgrade On The Horizon
Fitch threatens to cut America’s AAA rating. The agency cited the escalating welfare bills which the US faces in the years ahead. Fitch currently has the US credit rating on a ‘negative outlook’. That means that there is a “slightly greater than 50% chance of a downgrade over a two-year horizon”.

The agency also flags up another challenge facing America – deciding whether to raise its debt ceiling again The deal that was painfully put together last summer is likely to only last until the first half of 2013.

America’s AAA rating will be cut within two years unless a credible plan to cut the budget deficit is devised. Fitch fired its broadside after updating its fiscal projections for America, and concluding that:

“Federal debt will rise in the absence of expenditure and tax reforms that would address the challenges of rising health and social security spending as the population ages. The high and rising federal and general government debt burden is not consistent with the U.S. retaining its ‘AAA’ status despite its other fundamental sovereign credit strengths. A key task of an incoming Congress and Administration in 2013 is to formulate a credible plan to reduce the budget deficit and stabilise the federal debt burden. By postponing the difficult decisions on tax and spending until after the forthcoming Congressional and Presidential elections, the scale and pace of required deficit reduction will consequently be greater. Even under optimistic economic and fiscal policy assumptions. Fitch believes that at least $3.5trn of additional deficit reduction measures will be required to stabilise federal debt (held by the public) at around 90% of GDP in the latter half of the current decade.”

The S&P 500 is down about 1.1 percent in 2011, having rallied as much as 8.4 percent and lost as much as 13 percent on a year-to-date basis during the year. Financial shares have lost 20 percent this year to lead declines.

« The KLF Were Lightweights At Burning Money. The Swiss Know How, When And Why To Do It Investors Pause For Breath And Take Stock »