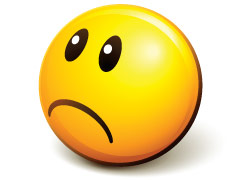 No Va Va Voom In The Latest European Economic Data

European bourse indices faired well in thin trade during the first European session of 2012, the general mood of optimism appeared to ignore the disappointing data emanating from Europe suggesting that the zone was close to falling back into a technical recession in the first quarter of 2011.

Buried deep within various reports on Monday, revealing the overall manufacturing performance of Europe, was detail regarding French car sales. Paris-based PSA Peugeot Citroën, Europe’s second-biggest carmaker after Volkswagen, posted a 29% plunge in December sales. Its domestic rival, Renault, recorded a 28% drop. “Orders were down about 55% in December, which leads us to expect a car market contraction of 17% in the first quarter,” Renault France sales chief Bernard Cambier said.

Germany did ‘buck the trend’ with better than predicted figures; Germany’s purchasing managers index climbed to 48.4 last month, however, the suspicion still exists that realistically the German powerhouse economy cannot singularly rescue the seventeen nation zone. A manufacturing gauge for China increased to 50.3, according to reports by Markit Economics and the Beijing-based logistics federation.

Manufacturing faltered after strong growth in 2010 and the first half of 2011. The Markit/CIPS purchasing managers’ index (PMI) survey, where a reading below 50 indicates a contraction, rose to 46.9 in December, up from 46.4 the previous month. The average PMI reading in the final quarter of 2011 was the weakest since the second quarter of 2009.

Italy, Greece and Spain saw the sharpest falls in production during the final month of 2011 as output and new business fell across all areas of production. Spain’s government will approve more deficit-reduction measures this week, on top of the €15bn (£12.5bn) package of tax hikes and spending cuts they announced only days ago, ministers said yesterday. They also said the 2011 budget deficit could be higher than the 8% of GDP announced last week.

Cristóbal Montoro, the treasury minister, said the measures would be passed by cabinet on Thursday. He said the cuts would show Spain’s eurozone partners that Madrid’s new conservative government was serious about shoring up public finances.

Luis de Guindos, economy minister, right, said the government, which took power just before Christmas, found out only last week how bad the 2011 deficit was and had to act quickly by increasing income and property taxes, despite an election pledge not to do so.

He said the 8% figure would have come out soon anyway and almost certainly have led to a punishing rise in Spain’s borrowing costs. So the government acted quickly to stay ahead of events, he said. The government’s goal is to cut the deficit to 4.4% of GDP this year.

France’s Nicolas Sarkozy will meet German Chancellor Angela Merkel in Berlin on January 9 for talks centring on new rules to enforce budget discipline across the European Union. The two leaders are anxious to flesh out a plan agreed at a December summit by all EU members (except Britain) for a new treaty to forge closer fiscal integration, as Europe battles to stem a sovereign debt crisis in the euro zone.

Finance ministers from the EU’s 27 members will meet on January 23 before their leaders hold a summit a week later. They will be under intense pressure to find a definitive solution to the crisis which threatens the very survival of the single currency, 10 years after it came into circulation.

The euro is a clear success story. This is not a euro crisis, it is a debt crisis in some euro states.

He pledged the currency would remain stable whilst urging vulnerable debtor states to follow a tough savings course in 2012, boost their competitiveness and work to win back market confidence.

Some politicians are like the drunk who promises to be sober from tomorrow but asks for the Schnaps bottle one last time today.

Weidmann repeated that Berlin should also be saving more given its economic strength and special responsibility as an anchor for the euro bloc.

The Stoxx 600 closed up 1.1 percent as Germany’s DAX Index surged 3 percent, the biggest gains since Dec. 20 for each. U.S., U.K. and other markets were closed on Monday for the New Year’s holiday. French 10-year bonds fell for a fourth day, pushing yields nine basis points higher to 3.24 percent. The euro weakened versus 13 of its 16 major peers. France’s CAC-40 Index climbed 2 percent and benchmark indexes in Portugal and Italy increased at least 1.8 percent.

The euro fell the most versus the New Zealand, Australian and Canadian dollars, losing circa 0.4 percent. It declined 0.2 percent to 99.42 yen, after earlier falling to 98.66 yen, the lowest since December 2000. The dollar climbed at least 0.3 percent against the euro, Danish krone, British pound and Swedish krona, and was little changed versus the yen.

Gold touched the highest level in a week on reports that Iran produced its first nuclear fuel rod, spurring investors to buy the precious metal as a haven. Bullion for immediate delivery gained as much as 3.2 percent to $1,613.40 an ounce in London, the highest level since Dec. 26, before trimming its gain to 0.2 percent and trading at $1,566.27.

A Bloomberg survey yielded a median estimate of 47.3, compared to the previous month’s figure of 47.6.

« Happy Birthday To Ya, Happy Birthday. The Euro Could Become The World's Leading Currency As The German Economy Powers Ahead Is The UK Delivering Pre-Recessionary Figures? »