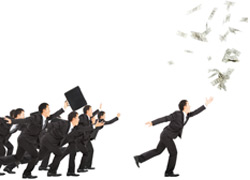 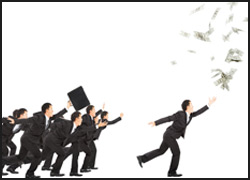 It’s not the most obvious statement the ECB, or one of its officials has ever uttered, but it must be right up there with the best. Jens Weidmann appears to have suggested that QE and engaging in a zero interest rate policy – ZIRP, had no real definitive purpose, or direction other than to stave off imminent market collapse. Moreover, how and when you exit the policies and what impact it has when you do so, is largely untested.

For many months, if not years, this column has warned of the dangers of entering this unchartered territory using tools that ultimately failed in the one previous example we had – Japan, so in some respects it’s good to know that we’re on the same page as Mr Weidmann, even if his pronouncements are several years too late…

Weidmann, who is also the president of the Bundesbank, called for a cap on banks’ sovereign bond holdings and sufficient capital backing to help unravel the relationships between states and banks.

Speaking at a meeting in Berlin, Weidmann said the crisis could not be solved with monetary policy, reiterating his opposition to the ECB’s government bond purchase programme – Outright Monetary Transactions (OMT) – that, unlike the USA’s $85 billion a month purchase scheme, has yet to be used by the ECB.

“It is not a secret that I see specifically the government bond purchase programmes in a critical fashion. The euro zone central banks would distribute risks stemming from unsound budgetary policy across all euro countries if they bought individual countries’ sovereign bonds with poor credit worthiness.

“That way monetary policy weakens the principle of individual responsibility and engages in a kind of redistribution that should be decided by governments. The central bank’s best contribution to solving the crisis was therefore to focus on its mandate to preserve price stability.”

The dollar fell by 0.2 percent to 98.51 yen early in the London trading session after strengthening 1.2 percent last week. The U.S. currency was flat at $1.3368 per euro. The euro declined by 0.3 percent versus yen at 131.70 yen. The dollar weakened for the first time in four days versus the yen before a U.S. government report that economists predict will reveal that durable goods orders fell 4 percent in July from the previous month, when they increased by a revised 3.9 percent.

The New Zealand dollar rose by 0.4 percent to 78.32 U.S. cents, reversing its earlier decline by circa 0.2 percent. The MSCI Asia Pacific Index of shares rose 0.2 percent. New Zealand’s imports exceeded exports by NZ$774 million in July, figures from the statistics bureau revealed today in a publication from the official body.