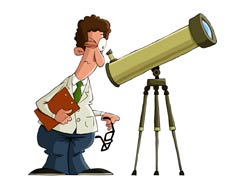 Where Did All The Jobs Go?

In a market surprise this morning, the little country of New Zealand was shocked by a report showing that kiwi unemployment skyrocketed.

New Zealand’s unemployment rate unexpectedly rose to 6.7 per cent in the first quarter after the labour force swelled to a three-year high.

The unemployment rate rose 0.3 percentage points in the three months ended March 31, from a revised 6.4 percent in the prior quarter, according to Statistics New Zealand’s household labour force survey.

The labour force participation rate rose 0.6 percentage points to 68.8 per cent, its second-highest reading on record and beating expectations of 68.3 per cent.

Again I ask where did all the jobs go?

In the US the ADP report shows significant slowdown in hiring According to the ADP employment report, US private employment rose at the slowest pace in seven months.

Both the main figure and the details are disappointing, but we are cautious to draw conclusions from it as the figures might have been distorted by the initial claims. The claims rose sharply over the reference period, which likely depressed the ADP number, as it incorporates the development of the claims into the estimation process.

Again I ask, where did all the jobs go?

It is almost certain now that the unemployment rate will jump to a new record high in the coming months. A separate German report showed that the number of people unemployed rose unexpectedly in April.

German unemployment rose by 19 000 to a total level of 2.875 million, while the unemployment rate stayed unchanged at an upwardly revised 6.8%. The number of vacancies dropped by 1 000 after staying unchanged in March.