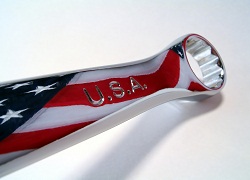 Equity indices sold off sharply during the two trading sessions on Monday due to the participants at the G7 meeting suggesting that more sanctions and pressure could be applied to Russia for its encouraging of a annexation of the Crimea. In the USA the disappointing data print from Markit did little to cheer the USA equity markets.

Australia had its AAA rating reaffirmed by Fitch Ratings due in the main to its GDP figure remaining reliably high. The Aussie reacted well to this news; in particular the rumours concerning the potential rise of base interest rates caused the Aussie to rise strongly versus the majority of its peers.

The National Bank of Belgium’s business barometer fell back a little in March, after two consecutive rises. The business climate deteriorated in business-related services, wiping out a good part of last month’s strong improvement. In the manufacturing and building industries, the indicator hardly moved. Conversely, business confidence firmed up considerably in the trade sector. The cyclical downturn observed in business-related services is attributable to an unfavourable assessment of the activity among enterprises and even more so to a downward revision of the outlook on this front.

The headline U.S. Manufacturing PMI posted 55.4 on average over the first quarter of 2014, up from 53.8 in Q4 2013, to suggest that the sector remains on a solid growth trajectory. March data indicated that the overall index was supported by sharp rises in output (57.5) and new business (58.0). Growth of manufacturing production was only slightly less marked than the near-three year high registered in February. Manufacturers noted that higher levels of output reflected rising volumes of new work and on-going efforts to reduce backlog accumulation at their plants.

The affirmation of Australia’s sovereign ratings reflects the following factors: Australia’s economy rests on strong underlying economic and institutional fundamentals, including a strongly developed, high-income and flexible economy, supported by a credible policy framework and effective political and social institutions. This provides for a high degree of resiliency to shocks. Australia’s real GDP growth is high relative to peers. The average real GDP growth rate of 2.4% over the past five years, that included the global financial crisis, is double the ‘AAA’ peer rating group median (1.2%).

The euro jumped as much as 0.6 percent, the biggest intraday gain since March 6th, to $1.3876 before trading at $1.3839 at 5 p.m. New York time, up 0.3 percent. The currency fell earlier to as low as $1.3760 after reaching $1.3749 on March 20th, the weakest level since March 6th. The European currency rose 0.3 percent to 141.48 yen. The Japanese currency was little changed at 102.24 per dollar. The euro rose the most in more than two weeks against the dollar amid speculation technical signals triggered automatic orders to buy the 18-nation currency, and on bets tension over Ukraine won’t escalate into military action.

The Australian dollar extended a gain from last week as investors maintained bets on a greater than 50 percent chance the nation’s central bank will raise interest rates within a year as the economy strengthens.

Yields on five-year notes rose two basis points, or 0.02 percentage point, to 1.73 percent at 5 p.m. in New York, after touching 1.77 percent, the highest since Jan. 9th. The 1.5 percent note due in February 2019 fell 3/32, or 94 cents per $1,000 face amount, to 98 29/32. Thirty-year bond yields fell five basis points to 3.56 percent. The U.S. 10-year yield dropped one basis point to 2.73 percent after rising to 2.82 percent on March 7th, the highest level since Jan. 23rd. The difference between the yields on five-year notes and 30-year bonds narrowed to the least since 2009 on bets the Federal Reserve ends stimulus and raises interest rates sooner than forecast as the economy strengthens.

« France leads the way with a sharp increase in its Markit Economics Composite Five barriers to our success as traders, that are easy to overcome once we’ve spotted them »