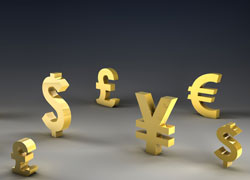 Most of the commodities remained under pressure, as investors sentiments weighed ahead of the upcoming European Union summit meeting later in the week with little or no hopes of any resolution to the euro-zone debt problems.

A fifth euro-zone country turned to Brussels for emergency funding when Cyprus announced it was seeking a lifeline for its banks and its budget, hours after Spain submitted a formal request to bail out its banks.

Greece made public its demands on the EU, which included an additional 20billion euro. The newly appointed Greek Finance Minister has resigned after one week in office. The Greek Prime Minister is hospitalized and will not attend the EU Summit.

The euro remains weak but stable ahead of the EU Summit, which investors have determined will yield little results. The euro is trading at 1.2515

Copper prices recovered, as investors shifted their attention from the European debt situation and focused on an improved demand outlook in the US after data showed new home sales surged in May to a two-year high.

Zinc market was in surplus by 161,000 tons during Jan-Mar’12 period against a surplus of 540,000 tons recorded in the whole of the previous year, as per WBMS.

South Korea has bought 500 tons of zinc via a tender from Korea Zinc Inc at $159 per ton over LME prices on a cost, insurance and freight (CIF) basis, as per the state-run Public Procurement Service.

Crude oil futures pared some of the losses in late trading session, but still closed lower, on demand concerns and a strong dollar that continued to gain against major currencies.

South Korea became the first Asian consumer of Iranian crude to announce a halt in imports, after the government said they would be suspended from July  1,  due  to  a  European  Union  ban  on insuring tankers carrying Iranian crude.

Natural gas futures rose to their highest level in a month, after a tropical storm knocked out more than one-third of natural-gas production in the Gulf of Mexico.