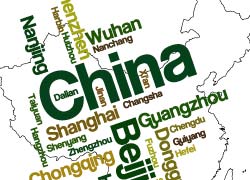 Giving the closing address at the end of China’s yearly parliamentary session on today, Premier Wen claimed the state had no intention to relax its austerity position because while housing costs have just shown signals of easing, they were still too high.

If we develop the home market blindly, a bubble will appear in the housing sector. When the bubble bursts, not simply the home market will be negatively influenced: It’ll weigh on the whole Chinese economy

China’s consumer price index rose at a weaker-than-expected rate of 3.2% in Feb from the same month a year before. The producer price index for Feb came in at 0%, also less robust than predicted and slowing from January’s 0.7% yearly increase.

“Talking about China’s reduced rate of growth, I believe we aren’t talking about a temporary adjustment. We are talking about more long term development issues,” the World Bank’s Chief Economist and Senior VP Justin Yifu Lin claimed as he launched his new book.

China decreased its rate of growth because “there are some overheating in certain sectors,” and “there are some inflation pressure,” Lin declared, adding the slowdown is directed at ensuring smooth business expansion eventually. China cut its GDP expansion target to 7.5 % this year, compared with 9.2% in 2011. This is the 1st time China has decreased its yearly expansion target after setting it at 8% in 2005.

In his comments Wen stated “Here I want to stress that in setting a little lower GDP rate of growth, we are hoping to make it fit with targets in the 12th Five-Year Plan, and to provide markets and economist in all areas to focus their work on accelerating the evolution of the pattern of business development and making economic development more tolerable and efficient, in order to achieve higher-level, higher-quality development over a longer time of time.”

Previously, China has declared to aim at a yearly average GDP expansion of 7% from 2011 to 2015, the nations’ 12th Five-Year Plan period.

Wen had previously noted that the main reason for the GDP adjustment were the problems in the eurozone, as the debt crisis drags on demand for Chinese exports continues to fall. The US a primary consumer is just beginning to recover and this will slow recovery will drag on the Chinese economy.

Chinese Premier Wen Jiabao is expected to retire officially at next year’s parliamentary meeting, this is expected to be his last address to the National People’s Congress.