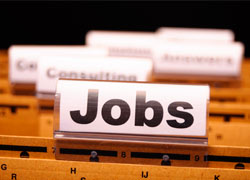 Has The USA Turned The Unemployment Corner?

Jan 6 • Between the lines • 1986 Views • Comments Off on Has The USA Turned The Unemployment Corner?

The big market event tomorrow could prove to be the latest NFP figures to be released at 1:30 pm GMT. Although the ADP figures have, (over the past few months) been a poor herald for the proceeding NFP figures on the following Friday, optimism remains high that the first NFP figures of the new year will pick up the baton from the ADP figures published on Thursday and finally prove that the USA is genuinely in ’employment mode’.

Hopefully the Bloomberg survey of analysts yielding a median estimate of +150,000, compared to a previous figure of +120,000, will prove to be erring on the conservative side. However, estimates suggest that the USA needs to create circa 450,000 jobs per month to simply stand still. A surprise announcement of the creation of 220,000 jobs would be a genuine positive economic data signal suggesting that USA economy is finally on the path to recovery. A figure of only 150,000, given so many temporary jobs will have been created in the run up to Xmas, could suggest that the USA is mired in stagnation..

ADP Employer Services said payrolls grew by 325,000 last month, topping the median economist forecast for growth of 178,000 jobs. Applications for U.S. jobless benefits also fell by 15,000 last week to 372,000, Labor Department figures showed. The median estimate of 38 economists in a Bloomberg News survey forecast 375,000 claims. The average over the past four weeks declined to the lowest level in more than three years.

The data comes before tomorrow’s payrolls report from the Labor Department, which is forecast to show the U.S. economy generated 155,000 jobs last month, according to the median estimate. Another report on Thursday showed the Institute for Supply Management’s index of U.S. non-manufacturing industries, which account for about 90 percent of the economy, rose marginally to 52.6 in December from 52 a month earlier.

Consumer confidence in the U.S. also rose last week to the highest level in more than five months whilst the pace of firings declined, showing an improving job market is bolstering the biggest part of the economy. The Bloomberg Consumer Comfort Index climbed to minus 44.8 in the period ended Dec. 31, the best reading since mid-July, from minus 47.5 the prior week.

Oil fell back for the first time in three days as U.S. inventories gained and borrowing costs in France rose, adding to concerns that Europe will struggle to contain the debt crisis. Oil dropped 1.4 percent, slipping by $1.49 in the last 40 minutes of floor trading, after the USA Energy Department said supplies rose 2.21 million barrels last week. Futures ended above $100 for a third day on concern that sanctions against Iran will curb supplies. Crude for February delivery fell $1.41, or 1.4 percent, to $101.81 a barrel on the New York Mercantile Exchange. Prices have gained by a massive 28 percent over three months. Brent oil for February lost 96 cents, or 0.8 percent, to settle at $112.74 a barrel on the London-based ICE Futures Europe exchange.

Gasoline inventories rose 2.48 million barrels to 220.2 million. Distillate fuels, which include diesel and heating oil, gained 3.22 million to 143.6 million. Gains of 1 million barrels were expected for both. A weaker euro and stronger dollar reduce the appeal of investing in oil.

Gold futures rose, capping the longest rally in 10 weeks, after the U.K. Defense Secretary said the country may take military action if Iran carries out its threat to block the Strait of Hormuz. Gold futures for February delivery advanced 0.5 percent to settle at $1,620.10 an ounce at 1:40 p.m. on the Comex in New York. The most-active contract rose for the fourth straight session, the longest rally since late October. Earlier, the price fell as much as 0.9 percent as the dollar’s rally eroded the appeal of the metal as an alternative investment.

Market Overview
The Standard & Poor’s 500 Index added 0.3 percent to 1,281.06 by the close in N.Y. at 4 p.m. after losing as much as 0.9 percent at one stage. The Dow Jones Industrial Average slipped 2.72 points, or less than 0.1 percent, to 12,415.7. Ten-year Treasury yields gained two basis points to 2.00 percent. Banks led European stocks lower as the euro weakened to a 15-month low versus the dollar and Italian, Spanish and French bond yields rose.