Is trading an art or a science? Surely it’s a combination of both?

Oct 2 • Between the lines • 1747 Views • Comments Off on Is trading an art or a science? Surely it’s a combination of both? 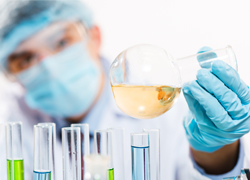 It’s far too simplistic to describe our industry as; functional, black and white, efficient and at times brutal. For those amongst us who have traded for some time we begin to realise that there are many hidden depths to our industry, it is in fact a very creative industry. In recognizing its creativity, over and above its functionality and efficiency, many traders regard trading as an “art” more than a “science” and it’s understandable why many reach this conclusion…

From time to time it’s worth taking a step back, whilst reflecting on the incredible volume of information we have to absorb in our ‘grey matter’, in order to become proficient and hopefully thereafter profitable in this industry. The journey starts with actually finding the industry and becoming intrigued by its possibilities. We then make a commitment to it – part time or full time? We then begin to explore; the types of markets, the terminology, indicators, patterns, set ups, brokers and much, much more, the list is truly endless and conjures up infinite possibilities.

It’s fair to say that as retail traders we complete a ‘course’ of learning similar to that which university students undergo to receive a degree after three or more years of toil and effort, however, in our industry, there is no ultimate recognised school of learning. We learn ‘on the job’ and in many ways learn whilst putting money at risk, which inevitably concentrates the mind on the learning process.

The reason why many in our industry lean towards describing trading as an art as opposed to a science is the reason why scientists would arguably be more likely to fail at trading; trading isn’t an exact science. If trading was an exact scientific principle there would be countless methods taking money from the market continually, bleeding it of all its value, ergo the market would cease to exist.

There are many anecdotes regarding how scientists and mathematicians struggle with the randomness of the markets; they expect the markets to react and behave in a structural way, day after day, week after week. They expect to put their formulas into the market in order to gain the favoured result and as many of us have learned through our cuts and bruises, trading isn’t that easy.

Like it or not we have to employ discretion to a degree which demands an intuitive ‘feel’ for the market. If you’re (as we might term it) a ‘levels trader’; someone who trades using the various levels of; support, resistance, daily pivots and round numbers in order to place market orders, stops and take profit limit orders, there has to be an element of discretion. You know there are significant possibilities that you will see price rejected if you place an order exactly on R1 or S1, therefore you have to use your discretion, you have to be ‘artistic’ and creative in your approach to the markets.

For those amongst us who are day traders who ‘chart watch’, to then take a trade by pulling the trigger once they’re confident that their set up has occurred, the same creativity exists. As an interesting exercise, if you were to question many traders as to why they entered at their pin-pointed moment in time, their answer may lie more in the subconscious as opposed to their consciousness. They may point out on the chart the reasons why their trade become valid. However, knowing that roughly half their trades fail using that strategy, but in managing their losses through tight money management they come out net winners, they’re indicating that the art over rules the scientific approach.

Similarly many trend traders, who have perhaps watched their trade run up a profit of several hundred pips over weeks, may have a chosen an indicator based strategy to trade from, but when it comes to exits they may abandon their rules based on a hunch whilst observing the price action on their charts. A near perfect doji may appear, before their indicators signal to exit, and the trader uses their discretion to end the trade early.

Ah, but if trading isn’t a science, what of these “quants, trading algos” that we hear and read so much of?

I met a quant recently at the offices of one of the UK’s leading trading firms. He was in his early twenties, he’d obtained a first class honors degree in maths at Imperial University in London, as a University it ranks higher than Cambridge and Oxford for maths. I have to confess that I used to be slightly in awe of quants, even discussing theory with them on trading forums such as Wilmott (which caters exclusively for quants) left me slightly humbled, but as you delve into their world a little deeper you realise that, just like us traders, they’re as likely to be humbled by their failings like the rest of us.

The quant described the work he had recently done on attempting to ‘front run’ with algos based on high impact news events. Its success rate was hit and miss. Despite which his enthusiasm for his craft made me realise that what he really enjoyed was the puzzle, the challenge, the artistry involved in the design process. The question “do you ever trade?” Was met with a look of shock followed by a humorous quip; “Me, trade? No way, I can’t even face the prospect of playing with a few pennies using micro lots. It’s just not for me, too many variables, too many things I can’t control, I’ll stick to the maths thanks and leave the trading to the guys that have the stomach for it.”

So quants like the puzzle, the challenge, they recognise the creativity in their discipline and it’s that they enjoy immersing themselves in, far more than ever contemplating trading. But at what many of us would consider to be the real cutting edge of our industry it’s in fact the creative edge, the art above the science that conjures up the most enthusiastic responses.

The science of quants and the science of our industry cannot be debated against, we thrive on precision in so many ways. However, at all levels, whether that be; the humble retail trader, the institutional trader, or the mysterious world of quants and algorithms, creativity and invention drives this market forward. Art supported by science, or science supported by artistry and creativity? It’s a discussion that will no doubt continue throughout the years.