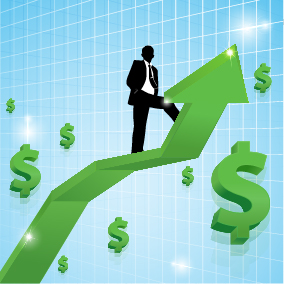 Early in the Asian session we'll have the China manufacturing survey print which is based on a survey of 3,000 purchasing managers which asks respondents to rate the relative level of business conditions including employment, production, new orders, prices, supplier deliveries, and inventories. The forecast is for a slip in the index from 50.8 to 50.1 with 50 (as always with a diffusion index) representing the critical demarcation line between contraction and expansion. China has walked a thin line with regards to this index for many months, the last six prints being close to the median line, the largest distance being the 51.6 reading published in March.

Courtesy of Markit economics traders will also receive another Chinese survey index early in the Asian session. The HSBC manufacturing PMI is expected to reveal a slight deterioration, or a static reading of 48.3. This survey, of approximately 430 purchasing managers in China, asks respondents to rate the relative level of business conditions including employment, production, new orders, prices, supplier deliveries, and inventories.

There are several other PMIs printed on Monday including those of Spain, Italy and the UK. The UK's is the most likely to rate as a high impact news event given last week's increase in business sentiment recorded by various surveys and publications courtesy of the UK's ONS. The UK Markit PMI survey is predicted to print static at 51.3.

The last high impact publication on Monday is printed courtesy of the Institute for Supply Management (ISM), the Purchasing Managers' Index (PMI) in the USA publishes its latest survey in the New York session. The anticipation is for a improvement to 50.6 from 49.0.

The trend was favourable for the greenback last week. Once the new trend began to form, from June 18th – 19th in the major currency pairs such as cable, dollar yen and EUR/USD, the momentum was unstoppable. Late in the week EUR/USD broke down the key 200 simple moving average and flirted several times with the crucial psyche round number of 13,000. It's difficult (if not impossible) to predict a reason why traders currently would trade versus this trend until either a major news event breaks causing a sell off out of USD, or a technical retrace begins to form. At the current time the indicators many swing traders would favour for decision making are negative where the euro is concerned versus the greenback. The PSAR is negative, the DMI on an adjusted setting of 20 (to diffuse noise) is negative, the MACD is negative with the histogram printing lower lows and the stochastics, on an adjusted setting of 9,9,5, have yet to fully reach oversold conditions.

Cable's collapse, since the major shift in sentiment witnessed on or around June 18th-19th, has been as equally dramatic as the collapse witnessed in EUR/USD. Having failed to breach the 200 simple moving average with any momentum price began to reverse and throughout last week price collapsed to breach the critical psyche level of 15,200. Similar to EUR/USD the indicators most favoured by swing traders for decision making are all negative versus sterling. The majority of daily H.A. Heikin Ashi candles were closed throughout the week. PSAR is above price, the DMI is printing lower lows on the histogram when adjusted to the 20 setting. The MACD is also reaching lower lows and negative. The stochastics on a setting of 9,9,5 have yet to reach the oversold territory.

Yen has also fallen versus the greenback, although not as sharp a protraction as other currencies have displayed versus USD. Once again the turning point in sentiment was observed from June 18th-19th. The last two trading days of last week saw the currency pair experience renewed momentum, the key psyche level of 100.00 now looks in range. Looking at the key swing trading indicators the PSAR is below price, the DMI on an adjusted setting of 20 has been positive over the last two trading days of last week, the MACD is positive with the histogram reaching higher highs, whilst the stochastics are still some distance from the overbought zone. The last two daily candles have been closed with definitive shadows.

The rise in USD/CAD since the turn in market sentiment witnessed on June 18th-19th has been spectacular. Once again the trend indicators swing trading traders would prefer are all positive USD. Despite this pair experiencing a slight retracement towards the end of last week the momentum was re-ignited and the pair reached new yearly highs. Unless breaking news can significantly affect sentiment where this commodity trading pair is concerned, it would prove difficult to imagine a scenario where the current market sentiment would reverse.

The Aussie reached new yearly lows versus USD last week. This trend, measured on a weekly chart, has been virtually unbroken since May. Whilst the trend trading indicators plotted on a daily chart lack the conclusiveness of the other major pairs currently trading negative versus USD, its difficult to predict a situation, beyond a major policy shift from the Australian govt or RBA, where the Aussie dollar would recover versus the greenback.