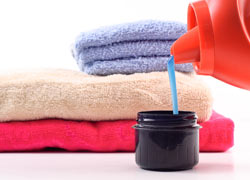 Is Chancellor Merkel “Softening Up” The Markets For An Event Far Bigger Than Greece’s Potential Disorderly Default?

Jan 26 • Between the lines • 2490 Views • Comments Off on Is Chancellor Merkel “Softening Up” The Markets For An Event Far Bigger Than Greece’s Potential Disorderly Default?

Angela Merkel has finally ‘opened up’ by voicing doubts on Europe’s chances of saving Greece from financial meltdown and a disorderly sovereign default. She has confessed to at times conceding that Europe’s first multi-billion euro bailout, combined with the savage austerity measures witnessed in the PIIGS, is actually not ‘working’. This after a two-year crisis that has reached the nadir of bringing the single currency to the brink of unravelling and in the worst case scenario actual extinction.

This departure from the carefully choreographed script Ms Merkel has gone to exhaustion to create, especially over the past nine months, deserves far more attention and discussion in the mainstream media than it’s currently receiving..

“We haven’t overcome the crisis yet. Of course, there’s Greece, a special case where, despite all the efforts that have been made, neither the Greeks themselves nor the international community have yet managed to stabilise the situation.

“There would be no point in promising more and more money without tackling the causes of the crisis. Amid all the billions in financial assistance and rescue packages, we Germans also need to watch that we don’t run out of steam. After all, our capacities aren’t infinite, and over-stretching ourselves wouldn’t help us or the EU as a whole.

“We will only be able to strengthen our common currency if we co-ordinate our policies more closely and are prepared to gradually give up more powers to the EU. If we make loads of promises about debt reduction and sound budgeting, those need to be things that can be enforced or brought to court in the future. The point of the fiscal compact, after all, is to make it possible to check on those commitments. That means giving our [European] institutions more monitoring rights and more bite.

“Shared liability is something we will only be able to contemplate once the EU has achieved much greater integration. It will not do as a means to resolve this crisis. That greater integration would involve the European court of justice enforcing controls for national budgets, for example, and much more besides. If we at some point have harmonised our financial and budgetary policy, that will be the time to try and find other forms of co-operation and shared liability.

“I am convinced that Great Britain wants to remain a member of the European Union. Of course, it’s never easy for 27 states to hold together. We need to find that balance with everyone time and again, including the United Kingdom wherever possible.

“My vision is one of political union because Europe needs to forge its own unique path. We need to become incrementally closer and closer, in all policy areas. Over a long process, we will transfer more powers to the [European] Commission, which will then handle what falls within the European remit like a government of Europe. That will require a strong parliament. A kind of second chamber, if you like, will be the council comprising the heads of [national] government.

“And finally, the supreme court will be the European court of justice. That could be what Europe’s political union looks like in the future – some time in the future, as I say, and after a goodly number of interim stages.”

Greece
The chief negotiator for private creditors, Charles Dallara, returns to Athens on Thursday to resume talks with officials. Greece has insisted on a coupon of not more than 3.5 percent at the behest of its European partners who are in turn concerned that the debt swap will otherwise not do enough to rein in the country’s massive debt burden.

Without a deal, Greece would tumble into a “hard” default that risks setting off panic in the financial system and pulling bigger euro zone members like Italy and Spain closer to the brink, though the ECB has helped to assuage those fears by flooding the banking sector with nearly half a trillion euros lent over three-years at one percent interest.

USA
Federal Reserve Chairman Ben Bernanke said on Wednesday that the FED is ready to offer the economy additional stimulus, it announced it would likely keep interest rates near zero until at least late 2014. The Fed also took the step of adopting an inflation target, although Bernanke stressed that officials would be flexible about reining in price growth when unemployment was too high.

Market Overview
Oil rose after Federal Reserve officials said the U.S. benchmark interest rate will stay low until at least 2014 boosting fuel demand. Crude oil for March delivery rose 45 cents to settle at $99.40 a barrel on the New York Mercantile Exchange. Futures dropped to $97.53 early in the session. Prices are up 15 percent from a year earlier.

Brent oil for March settlement declined 22 cents to end the session at $109.81 a barrel on the London-based ICE Futures Europe exchange. The European contract’s premium to March crude on the Nymex narrowed 67 cents to $10.41 a barrel at the close of trading. That’s down from a record high of $27.88 on Oct. 14th.

Gold futures surged to a six-week high after the Federal Reserve said it expects “exceptionally low” interest rates through at least late 2014. Gold futures for April delivery climbed 2.1 percent to close at $1,703 an ounce at 1:44 p.m. on the Comex in New York, the biggest gain since Jan. 3. In electronic trading after the settlement, the metal reached $1,716.10, the highest for a most- active contract since Dec. 12. The price topped the 50-day and 100-day moving averages. The metal closed above the 200-day moving average on Jan. 10.

The Standard & Poor’s 500 Index added 0.9 percent to close at 1,326.06 at 4 p.m. New York time, returning to the highest level since July. The Nasdaq-100 Index jumped to an almost 11-year high as Apple Inc. surged to a record after profits doubled. The Dow Jones Industrial Average reached the highest level since May. The dollar slid versus 14 of its 16 major peers, while natural gas and silver led commodities higher.

The GfK survey in Germany is ranked as being of medium importance. The survey is conducted monthly by GfK, a market research organisation, on behalf of the EU commission. The survey results are based on more than 2000 consumer interviews about their personal spending patterns, inflationary expectations and opinion on economic outlook. The aggregate result is categorised by German social groups: students, high/medium/low income and the retired.

For the UK CBI numbers, based on surveyed retailers and wholesalers, numbers above 0 indicate a higher sales volume, below indicates lower. This survey is taken off 160 retail and wholesale companies, respondents rate their level of current sales volume. It’s a leading indicator of consumer spending as retailer and wholesaler sales are directly influenced by consumer buying levels.