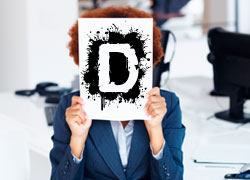 Christine Lagarde, the recently appointed head of the International Monetary Fund, is actively encouraging various countries across the globe to work together in order to fix the European debt crisis, and stimulate economic growth. Lagarde warns that this unity urgently needs to stimulate economic growth or risk a return to the Great Depression. In a stark warning, Lagarde said the global economic climate was “quite gloomy”, and that no country or region was immune to the dangers posed by the situation in Europe. She said the Eurozone crisis was;

not only unfolding, but escalating. There is no economy in the world, whether low-income countries, emerging markets, middle-income countries or super-advanced economies that will be immune to the crisis that we see not only unfolding but escalating. It is not a crisis that will be resolved by one group of countries taking action. It is going to be hopefully resolved by all countries, all regions, all categories of countries actually taking action

By far the most alarming part of the speech, made at the US State Department in Washington, came when Lagarde warned of the consequences of failure. They include: Protectionism, isolation, and other elements reminiscent of the 1930s Depression.

No sooner had the IMF’s M.D. Lagarde warned of a return to the Great Depression era and the world’s biggest banks get downgraded by Fitch. Bank of America, Barclays, Goldman Sachs, Deutsche Bank, BNP Paribas, Credit Suisse, Morgan Stanley and Societe Generale all saw their “Viability Ratings” cut. All eight of these global trading and universal banks are seen as “systemically important”. In essence too big to fail. Out of the elite group, only UBS had its ratings affirmed. It warns that the banks all face difficult economic conditions. Fitch stated that the downgrades; “reflected challenges faced by the sector as a whole, rather than negative developments in idiosyncratic fundamental creditworthiness.”

Europe’s top central banker stated on Thursday that euro zone governments are now on the right track to restore market confidence, but reminded them that an emergency programme to buy their bonds was neither eternal nor infinite. Mario Draghi’s comments came after a Spanish bond auction eased fears of an accelerating slide in European markets following the summit last week that failed to reassure investors the single currency area is closer to resolving its debt crisis. The European Central Bank chief said in a speech in Berlin that the 17 euro zone governments “are now on the right track and they are right in implementing budgetary consolidation resolutely.

“The unavoidable short-term (economic) contraction may be mitigated by the return of confidence,” he said.

European Union leaders will hold another summit in Brussels in late January or early February to discuss economic growth and jobs as the 27-nation bloc heads into a “quasi-recession,” European Council President Herman Van Rompuy said on Thursday.

Germany and France called on Wednesday for an extra meeting to discuss growth at a time when the euro zone looks likely to enter recession in the last quarter of this year. EU leaders last met on December 8-9, when they agreed to forge a new pact for stricter enforcement of debt and deficit rules in the euro zone.

Market Overview
Equities rose, rebounding from the three day slump, as data on jobless claims and manufacturing signalled a strengthening U.S. economy and Spain raised almost double its target at a debt sale. The euro strengthened from an 11-month low and Spanish and Italian bonds rallied.

The U.S. currency weakened against 13 of 16 major peers and the Dollar Index retreated 0.4 percent from the highest level since Jan. 11. The franc strengthened versus all 16 major peers, gaining 1.2 percent against the euro, after Swiss National Bank policy makers kept the minimum exchange rate at 1.20 francs per euro at a meeting in Zurich.

Economic calendar releases to be mindful of in the morning session

« A Man Is But The Product Of His Thoughts Sacré Bleu, La Fin De L'Entente Cordiale »