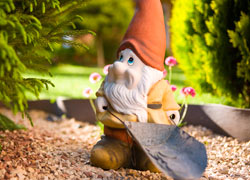 The “Gnomes of Zürich” is a disparaging term for Swiss bankers. Swiss bankers are popularly associated with extremely secretive policies, while gnomes in fairy tales live underground, in secret, counting their riches. Zürich is the commercial centre of Switzerland…

After the banking crises of 2008-2009 the Swiss franc was regarded as THE safe haven for currency investors and those seeking to bunker down as the global financial system appeared to go into meltdown. The Euro was printing at circa 1.6000 versus the Swissy in September 2008, the recent low was reached when trading close to parity in mid August 2011. It was at this point that the Swiss National Bank intervened. However, despite the carefully projected image of reason and calm, perfectly portrayed by the seriously sober gnomes of Zurich, everything was not as it appeared, the SNB has been in permanent crisis mode for four and a half years.

Swiss National Bank President Philipp Hildebrand told Radio DRS 1 that uncertainty about how the sovereign-debt crisis will develop is affecting the Swiss economy. He also said he’s concerned about the real-estate market.

Commitment of Traders
The euro eventually lost 2.5 percent versus the U.S. dollar last week after the Brussels summit. Futures traders increased bets that the euro will decline against the dollar to a record level last week amid speculation the region is struggling to contain its sovereign-debt crisis. Hedge funds and other large speculators had 116,457 more bets the 17-nation currency will fall versus the dollar than gain in the five-day period ended Dec. 13, according to Commodity Futures Trading Commission data. The so-called net-shorts compare with 95,814 a week earlier and the previous record of 113,890 reached in May 2010, when Greece accepted a 110 billion-euro ($145 billion) aid package.

The dollar weakened 0.2 percent to $1.3046 per euro at 5 p.m. New York time on Friday. The shared currency declined 2.5 percent for the week versus the U.S. currency, its largest five-day loss since the week ended Sept. 9. Market response to the December 9 summit has been cool, mainly because of the reticence of the European Central Bank to step up euro zone bond purchases and declare its willingness to do so.

Fitch Getting The Twitch
Fitch ratings agency said on Friday;

While acknowledging the extraordinary measures the ECB has adopted to provide liquidity to the European banking sector, its continued reluctance to countenance a similar degree of support to its sovereign shareholders undermines the efforts by euro area member states to put in place a credible financial ‘firewall’

The ECB, which is forbidden by EU law from directly financing government deficits, welcomed the December 9 agreement on more fiscal discipline in the euro zone, but doused expectations it would ramp up sovereign debt buying in return. As a result, Fitch concluded that a ‘comprehensive solution’ to the crisis was technically and politically beyond reach.

Fitch warned that six euro zone economies including Italy and Spain could be hit with credit downgrades in the near future. This is the second time in two weeks that the euro zone has been threatened with multiple ratings markdowns after a similar statement from Standard & Poor’s.

Fitch said it might also cut AAA-rated France within two years. A poll showed French voters overwhelmingly fear serious damage to the economy if France loses its top rating, despite attempts by President Nicolas Sarkozy to reassure them such a blow would be surmountable.

Further Meetings
The euro zone will pursue measures to tackle its sovereign debt crisis this week by offering more cash to the IMF and long-term liquidity to banks, while moving towards tighter fiscal rules, after ratings agency Fitch cast doubt on it ability to forge a decisive response.

We all know that Europe has not been able to convince markets that its governance set-up and its measures against the crisis were enough. More integration and more effective instruments are needed. We are not yet there.

Euro-area finance ministers will hold a conference call at 3:30 p.m. Brussels time tomorrow to discuss 200 billion euros ($261 billion) in additional funding through the International Monetary Fund and the mechanics of a so-called fiscal compact that was negotiated at a Dec. 9 European Union summit

Euro-area officials aim to meet their deadline for tomorrow to arrange the IMF loans. The package entails about 150 billion euros pledged by euro-area central banks and another 50 billion euros to be contributed by non-euro EU states. The euro-area ministers will be joined in the call by their EU counterparts to thrash out measures including the decision-making process of the bloc’s permanent bailout fund, the European Stability Mechanism.

Euro zone leaders agreed on December 9 to write into national constitutions a rule that budgets have to be balanced or in surplus in structural terms. If they are not, automatic corrective measures would follow. Such rules would sharply limit government borrowing, bring down debt and, euro zone politicians hope, help restore market trust in the sustainability of public finances.

But constitutional changes will take a year or more and markets want reassurance now that money invested in euro zone debt is safe, especially after banks were asked to accept a 50 percent loss on their Greek bonds in October as part of a second bailout of the country which sparked the debt crisis.

Economic calendar releases that might affect sentiment in the morning session