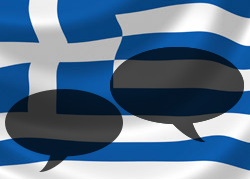 In its meeting in the overnight/early morning trading session Australia’s central bank, the RBA, decided to once again leave its base interest rate at 2.5%. A leading UK think tank, the NIESR,  has suggested that the UK’s growth is far too dependent on squeezing its consumers for improvement.

The troika re-visits Greece (starting today) to examine its ‘books’ as the Greek PM stresses to the decision makers that his country cannot accept further austerity. Spanish unemployment looks as if it’s finally topping out. The UK’s service sector PMI has risen sharply in October, up to 62.5 from the 60.3 printed in September. Later on today we receive the unemployment figures from New Zealand, expected in at 6.2%, whilst the ISM non manufacturing data from the USA is expected in at 54.2.

The UK service sector has maintained its recent run of strong growth during October, with activity expanding at the fastest pace since May 1997 as levels of incoming new business rose at a survey record rate. Capacity was subsequently tested, with backlogs increasing at a sharp pace. Companies responded by adding to their payrolls, and the rate of growth was the best seen in nearly sixteen-and-a-half years. The headline seasonally adjusted Business Activity Index reached a level of 62.5 in October. That was an improvement on September’s 60.3.

The UK’s National Institute of Economic and Social Research (NIESR) has predicted the growth rate will increase to 2.0% in 2014 (up from its August forecast of 1.8%). It also predicts that UK GDP will rise by 1.4% this year (compared with 1.2% three months ago). However, it is warning that the UK is too reliant on consumer spending;

“After two years of stagnation, economic growth has returned, underpinned by an increase in consumer spending. Consumer spending growth is necessary for an economic recovery in the UK, but a consumer-driven recovery will not be ‘balanced’, let alone one reflecting the required long-term ‘rebalancing’ towards an economy with greater net national saving.”

The meetings between the Greek government and its lenders begins at noon local time (10am GMT), when the Greek finance minister Yannis Stournaras sits down with the chiefs from the European Commission, European Central Bank and the International Monetary Fund.

The talks are likely to focus on the shortfall in Greece’s 2014 budget. Athens says the shortfall is just €500m, however, the Troika estimates it to be circa €2.5bn. Another meeting takes place four hours later today with labour minister Yiannis Vroutsis.

“First of all let me say something let’s do away with this notion that we are in some kind of war. It is a negotiation. Society cannot take it, the economy cannot take it, and it is not even required by the country’s current financial situation.”

Spanish Unemployment in October recorded the first annual decline since 2007

Registered unemployment in October has been reduced by 22,138 persons over the same month of 2012. This is the first annual decline in the number of registered unemployed since May 2007. The decline of 22,138 unemployed compared to the same month a year ago contrasts with the sharp rise (year on year) in October and throughout the crisis, with an average increase of 557,000 people. The annual growth rate has been reduced by more than 11 points since October 2012 and now stands at -0.46 %.

“At its meeting today, the Board decided to leave the cash rate unchanged at 2.5 per cent. Recent information is consistent with global growth running a bit below average this year, with reasonable prospects of a pick-up next year. Commodity prices have declined from their peaks, but generally remain at high levels by historical standards. Inflation in most countries is well contained. Overall, global financial conditions remain very accommodative. Volatility in financial markets has abated recently. Long-term interest rates remain very low and there is ample funding available for creditworthy companies.”

The euro fell 0.6 percent to 132.49 yen early in London time after dropping to 132.39, the weakest level since Oct. 10th. The single currency declined 0.2 percent to $1.3488 after sliding to $1.3442 yesterday, the lowest since Sept. 18th. The dollar slipped 0.4 percent to 98.22 yen. The euro fell to a three-week low versus the yen as traders weighed up the prospects for additional monetary stimulus in the region before the European Central Bank meets in two days

The Aussie fell versus all except two of it 16 major peers after the Reserve Bank kept its key rate at a record-low 2.5 percent and signaled concerns that the currency strength risks undermining the recovery. The Australian currency weakened 0.3 percent to 94.82 U.S. cents after declining to 94.22 cents on Nov. 1st, the lowest level since Oct. 14th.

« UK construction PMI from Markit economics reaches highest level since 2007, whilst the Euro rises from its 6 week low due to improved European PMIs… China needs 10 million new jobs a year in order to expand, USA economic confidence on the rise, whilst New Zealand’s unemployment remains low at 6.2%. »