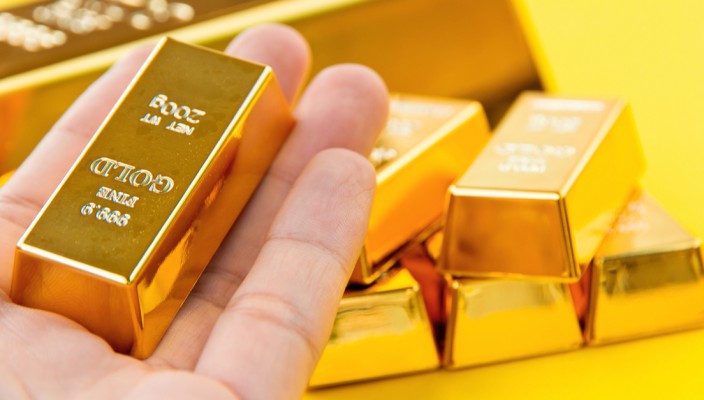 The investor tantrums, in relation to inflation fears bringing forward FOMC rate rises, are rapidly fading memories, as the SPX has now enjoyed its best five day rally since 2011.

Traders and investors are regaining their confidence and several analysts and opinion formers are busy rewriting their theories, as to why markets temporarily slumped. The ten year treasury yield reaching 3%, regarded as the tipping point for a potential near market selloff, is at 2.9% but no longer appears to be a concern. In fact, according to Leo Grohowski, the chief investment officer of BNY Mellon Wealth Management:

You know markets are once again approaching rude health, when fundamental news releases that missed targets on Thursday, failed to dent the risk on mood of optimism. Weekly jobless claims and continuous claims deteriorated in the USA, the Empire Fed manufacturing reading slumped to 13.1 from 18, producer price inflation rose, industrial production turned negative (by -0.1%) in January and manufacturing production was flat in the same month. Staying on the theme of North American data, Canada’s existing home sales took an unexpected nose dive in January, falling from 4.5% in December to -14.5%, a collapse that can’t simply be dismissed as seasonal.

The DJIA and SPX closed out up over 1.20% on the day with the NASDAQ now up over 5% YTD, whilst the dollar index continued its recent sell off, ending the day down circa 0.5%. USD/JPY has now slumped to an intraday low of close to 106.00, a level not witnessed since November 2016. However, despite USA authorities claiming that “yen is too high”, the Japanese currency fell significantly versus its other peers during 2017, the issue is continual dollar weakness, not yen strength.

Gold maintained its recent trend upwards, reaching an intraday high of 1,357, a level not seen since January 26th, a considerable turnaround since printing a YTD low of 1,310, late last week. WTI eventually rose on the day, after whipsawing in a range with a bullish bias; recovering back up through the $60 a barrel handle.

The fundamental news from the U.K. and the Eurozone was relatively scarce, the seasonally adjusted trade balance for the E.Z.; beating forecast by coming in at $23.8b, was the only notable release. Brexit news of any impact appeared to take a day off, however, traders and analysts will drown in Brexit news once March arrives and the U.K. negotiating team has until later in that month, to agree an exit plan and trade deal, with the European Commission. The euro made gains versus several peers, whilst sterling continued its recent recovery versus the U.S. dollar, breaching the critical 1.400 handle and reaching an intraday high not seen since Feb. 6th. European equity markets also printed gains across the board, although more moderate versus their USA counterparts.

GBP/USD traded in a narrow bullish range throughout the day, as it reclaimed the 1.400 handle, closing out up circa 0.4% at 1.409, just above the first level of resistance. Sterling saw its largest daily gains versus the Canadian dollar; GPB/CAD closing out the day up 0.4% close to R1, receding from R2, and reaching an intraday and weekly high not seen since May 2017.

EUR/GBP traded in a narrow bearish range, after initially rising through the daily PP, falling through S1 to close the day out down 0.4%, at 0.886. EUR/USD traded in a narrow range with a bias to the upside, closing out up circa 0.3%, at 1.2503 close to R1, reclaiming the critical 1.2500 handle, which is regarded as a technical level to watch.

XAU/USD traded in a narrow range with a bias to the upside, reaching a daily intraday high of 1,357, up circa 0.2% on the day. The precious metal’s price has recovered significantly since posting a yearly low of 1,310 on Feb 8th. The yearly high of circa 1,366 may be considered a short term target.

The latest retail sales figures for the U.K. will come under close scrutiny in the European morning session, the December reading published in January caused a shock by coming in down -0.6% MoM. The forecast is for a bounce back for January, but in an economy heavily reliant on the retail sector for GDP growth and employment, this reading takes on more relevance, due to the impending Brexit.

The USA key data published on Friday includes the latest import and export index figures and the up to date housing figures on permits and housing starts. Both metrics fell into negative territory, entirely predictable given the seasonal contraction experienced in the industry during December. However, analysts and investors will be looking for a bounce back in construction and overall momentum and sentiment in the sector, from the latest figures. The university of Michigan sentiment reading is one of the most closely observed soft data metrics, similar to the conference board reading, this legacy report often provides a leading indication of where consumer sentiment could be headed, over the short to medium term in America.

« Using a simple strategy for day trading the major pairs may be the most sensible approach for new and part time traders WEEKLY MARKET SNAPSHOT 19/2 – 23/2|The latest GDP growth figure for the U.K. and the release of the FOMC rate setting minutes will be the most closely watched calendar events during the coming week »