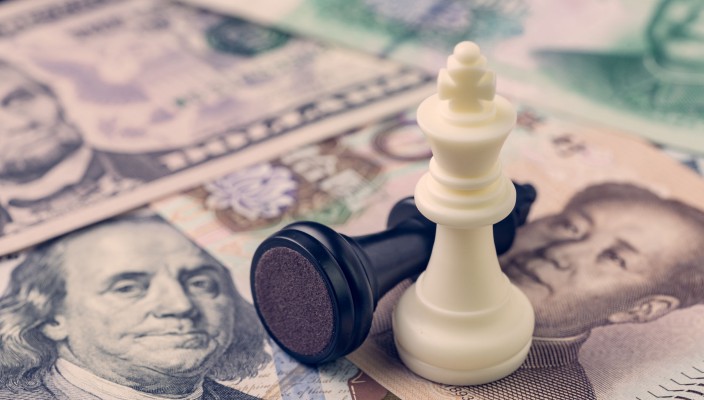 Global risk perception improves, however market participants need to be alert of the risk of trade war coming from the US

Apr 4 • Morning Roll Call • 1510 Views • Comments Off on Global risk perception improves, however market participants need to be alert of the risk of trade war coming from the US

The market perception of risk across countries has improved over the past year, according to Philippe Dauba-Paanacce, Senior Economist at Standard Chartered. The improvement reflects ‘market-friendly’ outcomes of disruptive elections that were seen as potentially disruptive, along with improving global growth. The analysis conducted on 5Y CDS (relative 5Y CDS spread movements provide a gauge of how markets perceive the evolution of risks) spreads have shown an improvement in around 90% of the countries in the sample since the previous update in May 2017. The results represent a continuation of a trend that was observed last year. The list of countries perceived as riskiest from a market perspective did not significantly changed in the past year. The ‘bottom 10’ still include Greece, Ukraine, Ira, Lebanon, Nigeria, Egypt, Pakistan, Turkey, Bahrain and Brazil.
Continuing on the topic of risk, we can expect more volatile trading days as market participants will constantly need to assess the risk of a full scale trade war. Based on the tweets from President Trump and responses from the US’ trading partners, the main focus this week will be on the US labor report, which is scheduled this Friday. Economists surveyed by Bloomberg expect non-farm payroll growth of 185k in March following the 313k surge in February. The unemployment rate is seen edging lower to 4% after holding at 4.1% for five consecutive months. But, the average hourly earnings may prove to be crucial, since the market will be watching closely for any increase on inflation.
From the important macroeconomic news released yesterday, the UK PMI rise to 55.1 in March, as compared to a previous 55.0 reading, which was a positive surprise. This is an indication that the manufacturing sector activity in the UK economy has improved. The output expansion pace has been higher in March, which is especially promising due to the heavy snowfall during the month. However, slower increases in new orders and employment have offset the positive news.
Thursday is expected to be a rather quiet day regarding the macroeconomic news releases, where from the US we will see the February factory orders and February trade. Canada will release the trade deficit, which is expected to be higher than the previous month (-CAD 2.1 billion in February from CAD 1.9 billion in January). From Europe we do not expect any major market movers, however the UK services PMI will be closely monitored, and where it is projected that is will fall to 54.0 from 54.5.
EUR/USD

The pair is trading around the 1.2270 level, signaling a downward trend. There may be increased odds that the EUR/USD would break the trading range of 1.2550-1.2150 held for 11 weeks previously. Today we are expecting the Eurozone CPI, where the forecast (1.4%) is higher than the previous in February (1.1%). After the CPI results are released, focus will shift on the US ISM non-manufacturing PMI.

There is a potential bullish sentiment for the pair if the price continues to turnaround from the 1.4000 handle. All eyes will be on the UK Construction PMI today, where the forecast shows a slight decline from previous month, being at 50.8 as opposed to previous 51.4.
USD/JPY

USD/JPY is trading round yesterdays’ high, keeping it steady around the 106.50 level. The pair had a nice incline in yesterday’s trading session (reaching 106.65), while the pair is currently balancing ahead of the European trading session.
Gold

Gold is trading at the $1.333 level in the Asian session, where a break above $1.338 can help the metal increase towards April 2nd high of $1.345. In addition, the fears over US-China trade war may help gold regain altitude on safe-haven appeal.