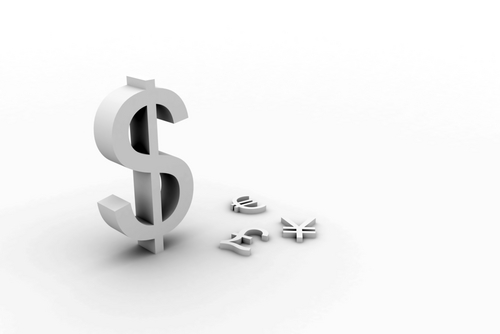 If the July Forex trend is of any indication, then the US dollar is an uphill and downhill ride. This is because while, the US dollar has kept its value amidst the turmoil engulfing the Euro and other currencies, the former still remains in bearish territory. This article will discuss US Forex reports for the first three weeks of July.

There are varying accounts on the short term and long term results of the Spanish bailout. However, the US dollar seems to be keeping its value notwithstanding the same has pared a significant portion of its gains. This is as a currency in general and more particularly as against European currencies. Traders are divided on their opinions and respective plays because on one hand, the US dollar has pared some of its earlier gains and on the other hand, the US dollar still retains its relative strength. And let us not forget that there are still plenty of barriers for risk appetite out there so a little bit of caution when dealing with other currencies is still called for.

Forex News: US Dollar Advantage Over the Euro

Simply put, the US dollar has lost some of its advantages, as against the Euro. The primary reason, at least for the month of July 2012, is the Bundestag vote that effectively backed the Spanish bailout. However, traders are cautious to let go of their US dollars just yet, considering the fact that there are valid arguments against the ability of Spain to sustain acceptable debt levels in the long term.

Forex News: US Dollar as Against Other Currencies

Risk appetite may still be controlled by barriers, but it has started nonetheless. With the relative lackluster performance of the US Dollar, other riskier assets are being prioritized. For example, commodities such as gold, silver and oil are slowly developing gains to the detriment of the US Dollar.

The European Summit caused quite a stir and provided fuel resulting in positive speculations in favor of the Euro. However, one week after the summit the Greenback is gaining some of its thunder. Well not just some, because figures indicate that the US experienced a 2-year high over the Euro this July 2012.

One thing to look out for is the negative, neutral, and positive side effects of various central banks. For example, the European Central Bank cut some of its main interest rates, the Bank of England kept specific rates steady but expanded on asset purchase programs, and China also cut interest rates. As a general rule, cutting key interest rates are red flags indicative of below average economics while asset expansion programs usually indicate surplus profits.

Forex News: US Dollar and Employment

On a positive note, there are more jobs being generated in the US. Most economists believe that the speed and rate is not enough. In fact, some argue that the US economy is slowing down to such a point that the same may force the Federal Reserve into another round of quantitative easing.