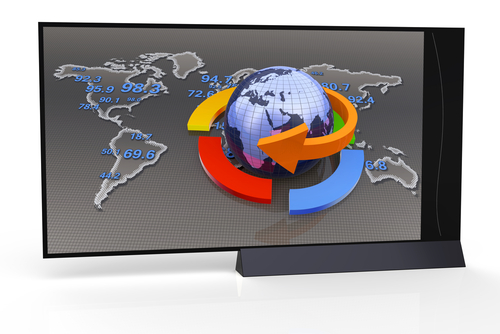 Forex News: Mixed Updates that Traders Should Take Note of

As to be expected, millions of people are searching for inexpensive NFL tickets while the few traders who are truly focused on their preferred moneymaking endeavor continue to look for the latest forex news. While many would assume that attempting to find the hottest news releases regarding the currency market is quite a bothersome task, it should be emphasized that remaining updated is as easy as visiting a few websites. As a matter of fact, reading this article would be a superb way to begin one’s news-gathering endeavor. Indeed, any trader would benefit from opting to read on.

Those who continue to trade the US Dollar against other currencies would surely be interested in the following forex news: the American currency is continuing its “decline” due to the Federal Reserve’s latest actions. To explain, the “money authority” deemed it necessary to “ease” the US Dollar in order to counteract the detrimental effects of the American economy’s poor performance as of late. However, such a solution comes with even more problems, especially those that pertain to interest rate uncertainties and even devaluation. With this in mind, it becomes clear that the US Dollar is not the “safest” currency to trade at present.

Traders who prefer to engage in transactions that involve the Swedish Krona might also be disappointed by this particular forex news: several factors are negatively affecting the value of the aforementioned currency. Of course, some might be shocked by such a piece of information. After all, the Swedish GDP is still rather “positive” as it clearly surpasses last year’s values. Well, it should be emphasized that Sweden’s economy, even though impressive, is not growing as expected. Furthermore, the newfound “strength” of the Euro makes the Swedish Krona a less tempting option for forex traders.

As partly implied above, the Euro is no longer synonymous with frustration. Indeed, ever since the Federal Reserve made decisions that “harmed” the US Dollar’s price, the European currency began a phase of growth. In fact, market makers and retail traders alike have been surprised by the Euro’s improvement, as it is at a four-month high at present. Without a doubt, this forex news update essentially means that more and more individuals would be focusing their attention on the abovementioned currency instead of shunning it, which they probably did in the previous months.

As made clear, the latest news in the world of forex is “mixed”. To reiterate, people who prefer to trade the US Dollar against other currencies might need to change their preferences a bit, at least until the American currency manages to regain its position in the global market. As also pointed out, the Swedish Krona is proof to the fact that economic growth is not always enough to boost a currency’s “strength”. Of course, the Euro, which was linked with all sorts of economic problems before, is now starting to regain its momentum. All in all, given how diverse such forex news releases are, every trader should definitely pay attention to every update.