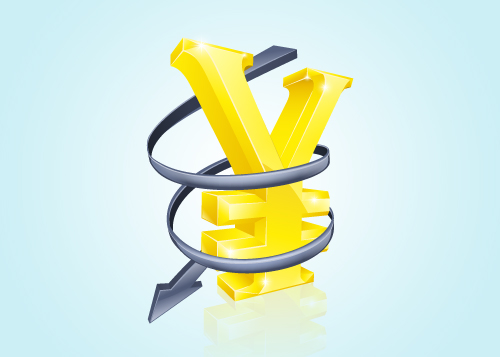 Forex news on the possibility of fresh easing measures by the Japanese government weighed down the Japanese yen even as the US dollar was boosted by positive economic developments. The USD/JPY currency pair reached 78.86 during the European afternoon trading session, which was the highest level it had reached since July 18, before finally consolidating at 78.85. The pair was seen to reach the support level at 78.31 and resistance level at 79.27.

Forex news at the end of its two-day meeting revealed that the Bank of Japan had said on August 10 that it would maintain interest rates at zero and 0.1% while its main policy tool, a Y70 trillion ($891B) asset purchase program would remain unchanged.  The Bank said that domestic demand remained firm due to the release of reconstruction funds following the March 11 tsunami-earthquake. It added that it would not impose new easing measures since it believed that the economy was picking up at a moderate pace although it warned that the European sovereign debt crisis would continue to cast a shadow on the country’s economic prospects.

Europe is one of Japan’s biggest trading partners, and the possibility of weakening Japanese exports to the EU would continue to weigh down the export-driven economy. Also weighing down on the competitiveness of Japanese exports was the continuing strength of the Japanese yen relative to other major world currencies. For example, in 2007, one dollar was worth Y124 yen; in 2012, it is presently worth an average of Y79.

Earlier forex news had revealed that Japanese economic growth grew a weak 0.3% in the second quarter from the 1.3% recorded in the first quarter, although it marked the fourth consecutive quarter of growth. The figures were significantly lower than market expectations of a 0.7% growth rate. Although the government believed that its measures to spur growth, such as public reconstruction investments to rebuild the northern Japan region, which was worst hit by recent natural disasters, as well as an incentive program to purchase fuel-efficient vehicles, would result in economic growth in the third quarter July-September, factors such as the end of the auto purchase program as well as the slowing Chinese economy would likely cause the economy to contract in the October-December quarter.

Meanwhile, forex news on better than expected US retail sales caused the dollar to strengthen against other major currencies. The Commerce Department revealed on Tuesday, August 14, that sales by US retailers had grown by 0.8% in July. Meanwhile, the core producer price index, which excludes the volatile food and fuel categories from the basket of goods and services, increased by 0.4%, which was higher than anticipated 0.2% increase. The positive economic data resulted in the ICE dollar index, which measures the strength of the dollar against six major world currencies, reached 82.442 from 82.404 Monday, as well as stilling talk that the Federal Reserve would have to ease its fiscal policy further in order to weaken the greenback some more. The WSJ dollar index, which measures dollar strength against a slightly larger basket of currencies, also inched up slightly to 71.66 from 71.54.

« Forex News: Euro Zone Contraction Weakens Euro Against the Dollar What If Paul Ryan Becomes VP: His Effects on Forex and in Economy at Large »