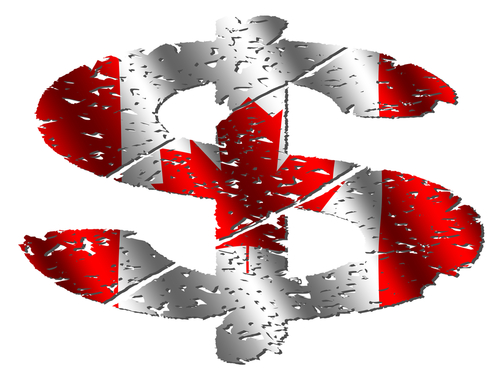 Forex news regarding falling commodity prices caused the Canadian dollar to weaken against its American counterpart in August 14 trading as the two currencies struggled to reach parity. During the early part of the trading session, the USD/CAD reached 0.9707, a session low, although it later consolidated at the 0.9913 level. Analysts said the pair was likely to reach near-term support at the 0.9904 level and a three-month resistance and trough at the session high level of 0.9939.

While there is no breaking Canadian forex news expected that could further affect the loonie, as the Canadian dollar is more familiarly known, crude oil – one of the country’s largest exports – is trading at a price of USD $93.04. There is also no interest rate hike anticipated in the near future, although the Bank of Canada’s Governor Mark Carney has said that he believes that interest rates must increase to slow down the economy, which he believes is actually close to full capacity. He added that he believes the current 1% benchmark interest rate was too low.

The US dollar was also boosted by positive forex news regarding retail sales. The US Commerce Department reported that retail sales in the country increased 0.8% in July after recording a 0.7% decline in the previous month, and following three consecutive months of declining sales. In dollar values, July retail sales hit $403.9 billion on a seasonally adjusted basis. Analysts believe the figures may indicate that US consumers are finally regaining their confidence in the economy.

The retail sales data was supported by higher-than-expected inflation rates. According to the Bureau of Labor Statistics, the July Producer Price Index increased to 0.3%, slightly higher than the expected 0.2 percent. Core PPI, which attempts to create a smoother measure of price increases by removing the volatile food and energy categories from the basket of goods and services it uses, grew by 0.4% in July, higher than the 0.2% expected and the 0.2% recorded in June. On an annualized basis, PPI grew by 0.5% in July from the same period last year from 0.7% in June, while Core PPI grew by 2.5% on the same basis from 2.6% in June.

In other forex news, the EUR/CAD currency pair fell to 1.2232, with the Canadian dollar slightly higher than the euro, before ending the session at 1.2250. Analysts believe that trading in August 14 session could generate a bullish reversal signal, since there may be strong resistance at the 1.2340 level based on a 21-day moving average and then again at 1.2450.

However, the gains of the Canadian dollar were limited by forex news of the contraction of the Euro Zone economy. The currency bloc’s Gross Domestic Product contracted by 0.2% in the second quarter (on a quarterly basis), and by 0.4% on an annualized basis. The growth rate reversal followed a zero growth rate recorded in the first quarter of the year. Market sentiment is also that the GDP contraction is actually a precursor of a recession if there is a second consecutive month of negative growth.