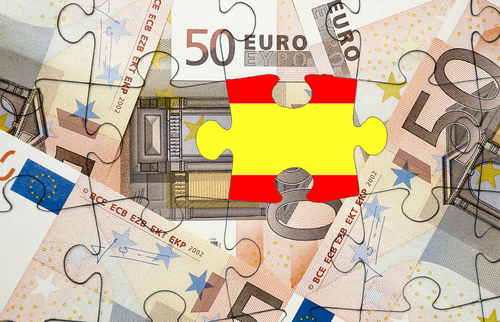 The euro weakened against the dollar on the back of worrisome forex news regarding the Spanish debt situation that counteracted bullish news of a third round of Fed quantitative easing. The EUR/USD fell from 1.3084 to 1.3121 in US trading, while analysts said the currency pair would reach its resistance level at 1.3241 and its support level at 1.2985.

The forex markets were focused on the forex news coming out of Spain, which indicated that the country’s finance officials would continue to resist asking for a bailout. Finance minister Luis de Guindos had indicated over the weekend that the country’s austerity measures, worth €100 billion, are enough to meet the country’s deficit ceiling of 6.3% of Gross Domestic Product (GDP). His position caused traders to continue to bet on the country’s benchmark 10-year bonds, resulting in the steady rise of these yields as they anticipated more volatility. Meanwhile, European Central Bank policymaker Ewald Nowothy reminded Spain that it must apply to the bond-buying program in order to qualify for a bailout.

The ECB had on September 6 announced an unlimited bond buying program to help troubled Eurozone countries lower bond borrowing costs, in the hope of stabilizing the government debt markets of Italy and Spain and enticing foreign investors to return. In exchange for a bailout, the Bank requires governments to commit to a program of budgetary discipline that would include cuts in public spending.

In a related forex news development, the current account balance of the Eurozone dropped to €9.7 billion in July from €14.3 billion in June, which raised further concerns that the euro sovereign debt crisis would worsen, since this indicator is seen as a measure of the ability of a country or region to meet its obligations as well as being crucial to retaining the long-term confidence of trading partners and investors. In the first seven months, the current account had a surplus of €62.9 billion against a deficit of €22.2 billion a year earlier. The Eurozone trade balance also suffered an unexpected decline, narrowing to €7.9 billion in July from €9.3 billion in June.

Meanwhile, the US dollar faced pressure on disappointing forex news regarding its manufacturing sector. The NY Federal Reserve Bank said its Empire State Manufacturing Survey, covering business conditions in the country’s most populous state, came in at – 10.41 in September. This suggested that the manufacturing sector may not be contributing to the country’s overall economic growth in the present quarter. Analysts had anticipated that the index would improve to a reading of -2 during the survey month. Further weakening demand for the greenback was the implementation of a third round of quantitative easing by the US Federal Reserve.

Under the program, the Fed said it would buy some $40 billion worth of mortgage-backed securities monthly in order to stimulate the economy and promote increased job creation. Although tentatively slated to last only until the end of the year, the Fed said it may continue its purchases and impose other policy tools until the outlook for the job market markedly improves.