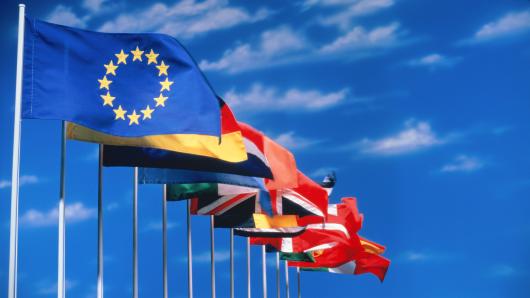 Last year, the Eurozone was one of the best performing major economies, which was an unexpected occurrence. However, after peaking in January, the fears around the US-China trade war have influenced the growth that slowed down in the following months. Yesterday we have seen the release of euro zone, Germany’s and France’s PMI (an indicator of overall economic health), where the French private sector activity rose in April with Markit services PMI coming at 57.4 from 56.9 in March. The manufacturing PMI came at 53.4 (in line with expectations) and up from previous month reading of 53.7. In addition, Germany’s private sector activity improved in April, with preliminary German services PMI coming above expectations at 54.1, up from 53.9 last month. The flash manufacturing PMI came at 58.1 (lowest in 9 months) as opposed to March when it was at 58.2. With both manufacturing and services PMI coming at better than expected, it seems like a solid start to the second quarter for the country.

Regarding the Eurozone PMI, with the solid quarterly GDP growth of 0.6%, the euro may be gaining strength with a possibility of fading boost from ECB policy and less damage than expected on the economy overall in terms of concerns regarding protectionism. As the private sector economic activity have enhanced in April, concerns over the health of the block’s economy have eased. The euro’s rally at the beginning of 2018 has paused slightly, bringing relief to the central bank, nevertheless, it may not be for long as the investors remain bullish on the euro and ECB may be facing again a potentially harmful impact of the strength of the single currency.

According to Reuters, GBP has slipped to a 2 week low against the dollar yesterday, due to the investors questioning the before ‘almost certain’ May rate hike. The pound has been one of the best performing major currencies in 2018 until last week and has reached the highest level last week since the Brexit referendum. What would be closely watched this week are the gross domestic product figures as they could contain clue if BoE is ready for a rate hike.

Today we are expecting news from the US regarding the consumer confidence and new home sales that are expected to rise to 625k in April from previous 618k in February. From Europe, we will be looking at preliminary PMI and German Ifo business confidence indicator. The UK CBI industrial trends of April are due today and are expected to come in with +4 reading, as well as public sector net borrowing.

« BoE rate hike next month may not be a done deal; Trump slams OPEC over high oil prices Australian inflation rates remain below the target, signaling no change in interest rates; low business confidence coming from Germany, Italy and France »