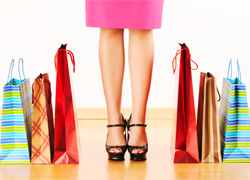 Euro-zone Retail sales fall at faster rate in October, as German unemployment rises marginally whilst the markets await the FOMC decisions this evening

Oct 30 • Mind The Gap • 2113 Views • Comments Off on Euro-zone Retail sales fall at faster rate in October, as German unemployment rises marginally whilst the markets await the FOMC decisions this evening Eurozone retail PMI data from Markit showed a steeper drop in sales at the start of the final quarter of 2013. The Markit Eurozone Retail PMI remained below neutrality and declined to 47.7, from 48.6, indicating the fastest monthly rate of decline since May. In contrast, the average reading over the third quarter was the highest since Q2 2011 (49.5). The faster decline in eurozone retail sales mainly reflected a steeper contraction in Italy, which had seen the slowest fall in sales in two years one month previously. Sales fell further in France, albeit at a slower rate.

Commenting on the data, Trevor Balchin, senior economist at Markit and author of the Eurozone Retail PMI, said:

“The steeper fall in eurozone retail sales signalled by the PMI casts doubt on whether the quarterly increase in consumer spending registered in Q2 will be maintained come the final quarter of the year. Ongoing growth in Germany was not enough to offset declines in the two next-largest eurozone economies. Italy’s latest setback is particularly disappointing. Retailers there saw the slowest decline in two years in September, but the downturn reaccelerated in October and they were also hit by a rise in VAT which pushed up purchase prices.”

The Gross Domestic Product (GDP) generated by the Spanish economy in the third quarter 2013 registered a variation of 0.1%, as compared to the previous quarter 2, according to the flash estimate of quarterly GDP. This rate was two tenths higher than that registered in the previous quarter (–0.1%) The GDP annual variation in the second quarter 2013 was –1.2%, as compared to the –1.6% registered in the second quarter.

Germany’s unemployment figures have been published this morning and Europe’s largest economy saw claimant count numbers rise by only 2K last month. The number of people in work was 42.1 million in September, the highest number since German reunification in 1990. But unemployment has increased to 2.2 m since last September, an increase of 28,000 people. This leaves the unemployment rate at 5.2%.

The October 2013 BLS confirmed the ongoing stabilisation in credit conditions for firms and households in the context of still weak loan demand. The net percentage of banks reporting a tightening of credit standards (“net tightening”) on loans to non-financial corporations stood at 5% in the third quarter of 2013, after 7% in the second quarter. For housing loans to households, the degree of net tightening declined somewhat further (to 3%, from 7%), while for consumer credit, credit standards were tightened marginally from the moderate easing recorded previously (to 1%, from -2%).

Moodys’s Vice President Hess spoke ontor subject of NZ in an interview stating that he discussed cutting NZ from AAA. NZ net international investment gap is the biggest for the AAAs. The NZ current account deficit makes it vulnerable.

The greenback was little changed at 98.19 yen early in London from yesterday, following a 0.9 percent advance over the previous three sessions. It was at $1.3744 per euro, maintaining a two-day gain. Europe’s shared currency bought 134.95 yen from 134.96 in New York.

The dollar held its three-day gain versus yen due to speculation that the Federal Reserve policy makers won’t announce any major changes to monetary stimulus when they conclude their meeting today. The Fed will probably taper its $85 billion monthly bond buying at its March meeting, according to analysts. The purchases, made to push down long-term yields and spur growth, weaken the USD.

« Are you about to give up on your trading method? Perhaps you shouldn’t be too hasty… FOMC meeting, no change and full steam ahead with Q.E. to infinity… »