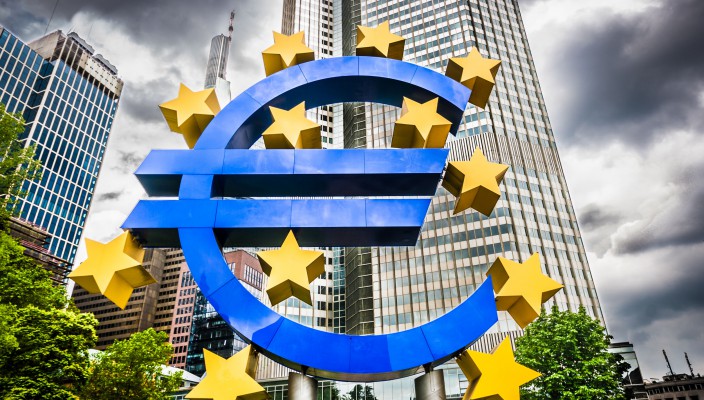 ECB officials concerned about the threat of trade war, while the EU is to impose duties on US imports this Friday

Jun 21 • Morning Roll Call • 1265 Views • Comments Off on ECB officials concerned about the threat of trade war, while the EU is to impose duties on US imports this Friday

According to Reuters, ECB is portraying optimism, while there are actually growing concerns between the officials regarding the looming trade war that could derail the euro zone’s recovery and place additional complications on the exit from the current monetary policy. Just a few days before, ECB President Draghi has announced an upcoming end of the stimulus program, however the fear and threat of trade war imposed by US President Trump’s administration against main trading partners casted a shadow over the EU economy and the European Central Banks’ policy path. For now the ECB expects the EU economy to slow down during the next three years, with forecasts of this year growth by 2.1%, then 1.9% in 2019 and 1.7% in 2020. It has been emphasized that the effects of trade measures were not been factored in, simply because the trade war cannot be quantified and if central bankers cannot have it measured, they will omit talking about it.

It is not unknown that Trump has imposed tariffs on steel and aluminum to Canada, Mexico and the EU, where the three countries have responded to the move, announcing counter-measures, as well as legal challenges at the WTO. Saying this, the EU will commence charging import duties of 25% on a range of US products on Friday. The move could easily escalate to full trade war, especially if President Trump will see this as a challenge and carries out the second threat made regarding penalizing European cars. The EU Trade Commissioner, Cecilia Malmstrom stated that the EU does not wish to be in this position, however was left with no choice. She has also mentioned that the import duties can be removed if Trump would remove the metal tariffs.

Not only EU has decided to retaliate. Canada is expected to impose tariffs on $12.5 billion worth of US exports starting on July 1st. Mexico already imposed tariffs two weeks ago on several American products ranging from steel to pork and bourbon. In its plans, the EU may also impose additional tariffs of 10% and 50% on a further 3.6 billion euros of US imports in the next 3 years. Currently, EU steel and aluminum exports facing US tariffs are in total worth 6.4 billion euros, while the Commission will place this Friday duties on 2.8 billion euros worth of US goods that include steel and aluminum products, sweetcorn, peanuts, bourbon, motor bikes and jeans.

« US housing starts rise in May, but homebuilder sentiment drops in June due to the higher lumber costs; ECB’s Draghi seeks patience with rate hikes SNB and BoE keep rates on hold; Philly Fed manufacturing index fell in June »