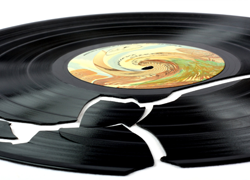 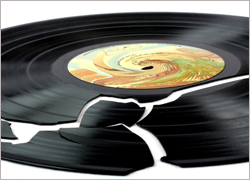 The Dow Jones industrial average eventually hit a new record high on Monday, creeping over the critical psyche number of 16,000 for the first time shortly after the start of trading on Wall Street. The Dow rose 61 points in early trading to hit 16,023, up 0.4%. The S&P 500 also hit record highs, up 2.48 points to 1,800.66. However, the optimism was short lived as the NASDAQ and SPX sold off towards the later stages of the New York trading session as investors no doubt suffered nerves and decided to indulge in some profit taking at the key levels the SPX and DJIA hit. Traders on Wall Street were initially reacting to the rampant speculation that the Federal Reserve will continue its $85bn/month stimulus programme for several months into 2013, before starting to wind it down in spring 2013.

Troika talks will resume in Athens this week

Greece’s finance minister Yannis Stournaras will hold another session of talks with the country’s various lenders this week. Relations between the Athens government and officials from the IMF/EC and ECB are tense, with little in the way of an agreement over how to address the fiscal gap in Greece’s 2014 financial projections. That shortfall is estimated at €1.5bn and there’s no roadmap in place as to how it will be fixed, although bond holders taking another haircut seems the most obvious solution.

Greece’s government has gone on record as suggesting that it cannot possibly implement any further austerity and the Troika isn’t convinced that savings can come from structural reforms. Last week, the eurogroup (eurozone finance ministers) urged the Greeks to make more progress. Greece’s government is due to present its 2014 budget to parliament on Thursday, while Prime Minister Samaras is visiting Germany on Friday to meet Angela Merkel. Analysts at Merrill Lynch are speculating that Greece’s lenders may have to accept another haircut.

In its monthly report the German central bank reported that there’s a good chance that the economic upturn in Germany will be underpinned over coming months. It cited increased domestic demand, and an improved global economy. The Bundesbank stated that the ECB’s current expansive policy was justified, but cautioned that there could be dangers to financial stability in the medium to long-term.

Yves Mersch, Luxembourg central bank governor and member of the ECB’s governing council, has declared that Eurozone’s economic problems are reducing, this despite growth slipping to just 0.1% in the last quarter. Mersch said in a speech at the Euro Finance conference in Frankfurt;

BoE Survey: the risk of a ‘high-impact’ financial event has dropped

Financial market players in the UK feel increased optimism over the economic outlook, according to the half-yearly Systemic Risk Survey released by the Bank of England on Monday. But their fears around the current low interest rate environment as well as rising housing prices have increased. Perceptions of the two main risks to the UK financial system remain sovereign risk and the risk of an economic downturn, although citations of both have fallen.

Concerns over sovereign risk continue to focus on Europe, but unsurprisingly given the uncertainty surrounding US debt ceiling negotiations that prevailed during the survey period, there was a sharp increase in concerns around US sovereign risk.

For the second survey in succession, risk surrounding the low interest rate environment was the fastest growing, with 43% of respondents citing it, up 17 percentage points since May 2013. Over half of the responses emphasized risks around low rates, with the remainder referring to risks associated with a snapback in those low rates to more normal levels. Perceived risk around property prices also rose, being mentioned by 36% of respondents, up 11 percentage points since the previous survey. Concerns were concentrated almost exclusively on the residential market, where responses focused on the risk of a house price correction.

The dollar fell to the lowest in more than a week as Federal Reserve Bank of New York President William C. Dudley said he’s “getting more hopeful” about the economy while indicating no change in bond buying anytime soon

Sterling slid 0.2 percent to 83.92 pence per euro late in London’s session. The pound bought $1.6112 from $1.6118 on Nov. 15th. It earlier climbed to $1.6149, the highest since Oct. 28th. The U.K. currency gained 0.6 percent versus the dollar last week. The pound fell versus all 16 of its major peers as investors awaited publication this week of minutes of the Bank of England’s most recent policy meeting, at which officials held interest rates at a record low.

Tuesday sees the publication of the ZEW German sentiment index and the ZEW Europe sentiment index. Both indices are expected to rise, Germany’s up to 54.6 and Europe’s up to 63.1. Two more FOMC members are due to speak, Dudley and Evans, whilst treasury secretary Lew is due to speak, the man who ‘knocked heads’ together over the debt impasse. Later in the evening Ben Bernanke holds court.

New Zealand’s PPI is published with the expectation of a number similar to the 0.6% of the previous month. Japan’s trade balance is expected in at -0.88 trillion, with the all industries activity expected in at 0.5% up 0.2%

« China’s market reforms welcomed by the global markets, whilst UK house prices tumble in seasonal adjustment How long was your longest losing streak, how did you cope and how did you correct it? »