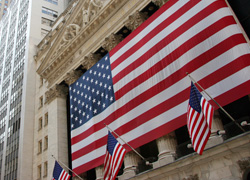 (Reuters) – The dollar stuck to tight ranges against its major rivals on Tuesday as investors favoured caution ahead of U.S. midterm elections later in the day.

The U.S. congressional election is widely expected to boost the Democratic Party, which has a strong chance of winning control of the House of Representatives, with Republicans seen likely to keep the Senate.

“Markets are increasingly pricing in the possibility of a victory for the Republicans – even in the House,” said Masafumi Yamamoto, chief currency strategist at Mizuho Securities.

A Republican victory in both chambers was likely to boost the U.S. dollar, Yamamoto said. But a sharp rise in U.S. Treasury yields following the elections might lead to selling of U.S. equities.

“If there will be another big round of sell-offs in the U.S. equity market, then I think that’s not necessarily positive for the dollar,” he said.

Euro zone finance ministers called on Italy overnight to change its 2019 budget to conform with European Union rules before a deadline set for next week, but Rome dug in its heels saying its disputed deficit plan would not change.

The Australian dollar AUD=D4 held steady at $0.7211 as traders awaited a monetary policy decision from Australia’s central bank due at 0330 GMT.

The Reserve Bank of Australia is expected to extend its record spell of steady rates well into next year, according to a Reuters poll published on Monday.

All but one of the 39 analysts polled expected the RBA to hold rates at 1.50 percent at Tuesday’s policy meeting, the poll found.

The pound GBP=D4 rose 0.1 percent to $1.3063, trading just off a two-week high of $1.3070 hit earlier in the session after a media report suggested the E.U. and Britain may be inching closer to an orderly Brexit.