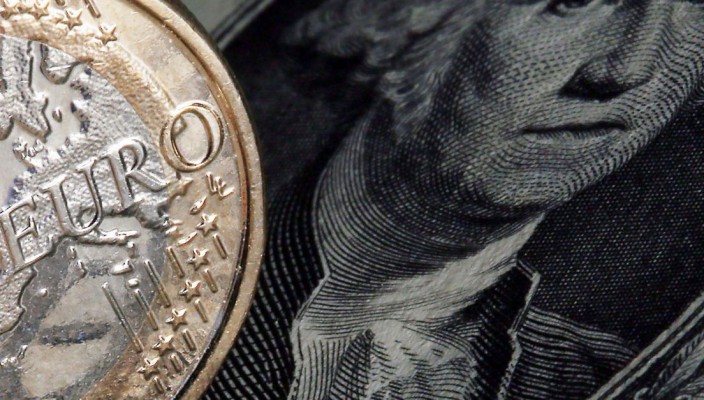 (Reuters) –  The euro strengthened against major currencies on Monday, with risk appetite lifted after the European Union and Britain agreed a Brexit deal and signs that Italy is willing to reach a compromise over its 2019 budget plans.

Sterling was firmer at around $1.2833 GBP=, as focus turned away from Sunday’s pact with EU leaders to a vote on the deal in the British parliament next month.

Europe’s single currency gained 0.3 percent to $1.1376 EUR=EBS and was up 0.7 percent at 128.90 yen EURJPY=EBS as European stock markets opened firmer and with U.S. stock futures ESc1 up more than a percent.

Italy’s governing coalition is discussing reducing next year’s budget deficit target to as low as 2 percent of gross domestic product to avoid a disciplinary procedure from Brussels, a government source said on Monday.

“Recent media reports that the populist government in Italy may be willing to compromise on the budget is one of the potentially positive developments.”

Marinov added, however, that most major currencies were likely to remain in a holding pattern ahead of key risk events later this week, which include a speech by the U.S. Federal Reserve Chairman Jerome Powell and the G20 meeting.

At the G20 meeting in Buenos Aires on Nov. 30, U.S. President Donald Trump and Chinese President Xi Jinping are expected to discuss contentious trade matters which would have an impact on currencies such as the Australian dollar and the New Zealand dollar which have close trading ties with China.

In another sign of improved risk appetite, the Japanese yen JPY= changed hands at 113.25, down by a third of a percent against the greenback.

Focus was expected to turn later in the session to the German Ifo business sentiment survey for the latest clues on the state of Europe’s biggest economy as well as an appearance by European Central Bank chief Mario Draghi at the European parliament.

The New Zealand dollar NZD= was relatively unchanged at $0.6784. It earlier hit an intra-day low of $0.6753 as investors reacted to weaker-than-expected retail sales data.