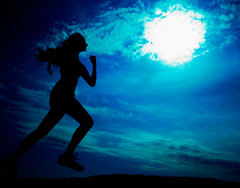 The market soared late in the New York session as a consequence of Dexia executives apparently agreeing to put circa €180 billion of assets into a ‘bad bank’. The SPX soared circa 4.1% to end the day up 2.25%. This development was twinned with news from Luxembourg that during the latest EU ministers meeting they’d finally concluded what the rest of the financial world had been screaming for weeks; they hadn’t done enough to convince financial markets that Europe’s banks could withstand the current debt crisis.

“There is an increasingly shared view that we need a concerted, co-ordinated approach in Europe while many of the elements are done in the member states,” Olli Rehn, European commissioner for economic affairs, told the Financial Times. “There is a sense of urgency among ministers and we need to move on.” Mr Rehn cautioned that while there was “no formal decision” to begin a Europe-wide effort, co-ordination among EU’s institutions, including the European Central Bank, European Banking Authority and the European Commission, on necessary measures had intensified.

European Central Bank President Jean-Claude Trichet said on Tuesday he opposed the ECB financing bailout funds for the euro zone, thereby dismissing one policy idea government officials and EU ministers were contemplating. To convince markets they have the firepower to tackle the crisis, policymakers have been considering an option to turn the existing €440 billion European Financial Stability Fund into a bank so that it could access ECB funds, potentially giving it far more liquidity.

These events over shadowed the negative news that Italy has been further downgraded by Moody’s by three notches on their bedpost to A2. It’s unlikely to be the last country to be dragged into the headmaster’s office for a thorough caning, France is surely back on the radar? We’ll avoid jokes regarding Berlusconi probably enjoying the caning and notches on bedposts given the seriousness of the situation.

Anyone with a memory not pickled into oblivion by the constant market news coming from all angles will recall the fuss the USA politicians made with regards to the debt ceiling being raised last month. Yesterday, having closed the books on the fiscal year, the new books started being cooked straight off. There was a circa $95 billion surge on the last day and today the level increased by another $47 billion. The USA admin. has added close on $140 billion of debt inside twenty four hours. On current projections the USA debt limit will not stretch to the year end, perhaps Times Square in New York can have a twist to their New Year countdown clock..

Federal Reserve Chairman Ben Bernanke said the bank can take further steps to sustain a recovery that’s close to faltering whilst cautioning lawmakers against making changes in fiscal policy that harm growth. The Fed will give more information about its pledge to keep interest rates low at least through mid-2013, reduce the rate paid on banks’ reserve deposits, or buy more securities, Bernanke said today in testimony to Congress’s Joint Economic Committee in Washington, reiterating options he mentioned in July.

Hundreds of thousands of Greeks are walking off their jobs at airports, schools, hospitals to protest versus Prime Minister George Papandreou’s €6.6 billion austerity plan, challenging a government seeking European bailout funds to stave off default. Today’s 24-hour strike, that will shut the Athens International Airport for a full day, takes place after European Union ministers signalled they may renegotiate terms of Greece’s latest rescue.

Euro markets closed down sharply on Tuesday, the ‘saving’ of Dexia and the Luxembourg news coming too late to effect sentiment. the STOXX closed down 2.21%, the FTSE closed down 2.58%, the CAC down 2.61% and the DAX closed down 2.98%. The SPX closed up 2.25%. Having dropped circa 300 pips in 24hours the Euro has recovered to be in positive territory during the Asia open. This pattern is repeated versus sterling yen and the Swissy. The FTSE equity index future is currently circa 2% up.

Data publications to be wary of for the London and Euro morning session include the following;

The UK GDP figures need careful monitoring. Analysts surveyed by Bloomberg gave a median quarterly prediction of +0.20%, the same as the previous quarter. Year-on-year, the survey predicted 0.70%, the same as previously released. Eurozone retail sales, based on a Bloomberg survey of economists, are expected to decline -0.30% (MoM). This is in comparison to last month’s change, which was +0.20%.

« Does a dead cat still bounce when it's nine lives are over? Deutschland über alles, or leading us up a blind alley? »