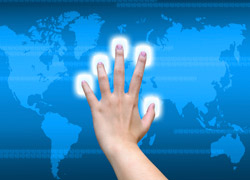 Equities showed some volatility surrounding the decision, but closed nearly unchanged. US Treasuries were down ahead of the decision and some curve plays occurred, according to the twist script, which led to an outperformance of the long end and a bear flattening in the 5 to-30-year segments. EUR/USD fell first lower, then spiked higher, before declining again and closing uneventful near pre-FOMC levels.

The June FOMC statement recognized the slowing of the economy in various sectors, like the household spending and the labor market. Business fixed investment was seen as continuing to advance (unchanged and also housing sector was described as depressed despite some signs of improvement (unchanged). Household spending appears to be rising at a somewhat slower pace than earlier in the year, while in April it was characterized as continued to expand. On the labor market, the statement says that “growth in employment has been slower in recent months, whereas labor market conditions were seen as improved and the unemployment rate declined in April.

Concerning the economic outlook, there was a small adjustment. Growth is still expected to remain moderate over the coming quarters, and then to pick up very gradually (addition of very). Unemployment rate is now anticipated to decline only slowly, while in April is expected to do so gradually. Financial strains are as before seen as posing a significant downside risk. The economic projections were however rather substantial revised lower for both 2013 and 2014, meaning that growth is expected to be at or slowly below trend growth for two more years. Consequently, governors upgraded their projections for unemployment rate, showing about a stable unemployment rate by year end and only a slightly lower one by the end of 2014 The Fed funds rate is kept unchanged (0-0.25%) and so is its forward looking rate guidance. The FOMC still expects that conditions will warrant exceptionally low FF levels at least through late 2014. The revisions outlook for growth and unemployment explain why the FOMC eased policy. The choice of an operation twist suggests the Fed didn’t choose for a shock and awe action.

Investors expected a QE-3 program, which would have been a more forceful action. The explicit reference in the statement that the Fed is ready to take further action means that the decision on the tool it used was finely balanced. Mr. Bernanke also already at the start of the press conference confirmed that the Fed would not wait long to do more if in particularly the labor market conditions would not improve. He mentioned that such action could mean more QE-3 (by end of year no short-dated securities are left in the Fed’s portfolio making another operation twist unlikely), but as the operation twist is decided to last 6 months, such QE-3 is not yet baked in the cake. Other easing options are possible. There are two more months of eco data before the August meeting and thus don’t exclude that already in August the Fed might go for more accommodation, and don’t exclude, despite what was written two lines higher, it might be in the form of QE-3. Bernanke also hinted why they didn’t take bolder action at this meeting: the data are still not very clear (weather and other seasonal adjustment issues may have distorted them) and non-standard tools carry also risks and costs.

Therefore, the Fed wants to be convicted they are needed; maybe the Fed wanted to keep some ammunition for if the EMU crisis would escalate. He firmly added though that the Fed would take bolder action, if needed.

The operation twist decided last year will end by the end of June. The FOMC decided though to continue through the end of the year its program to extend the average maturity of its holdings of securities. The NY Fed will conduct the operations. It will purchase Treasury securities with remaining maturities of 6 years to 30 years at the current pace and sell or redeem Treasury securities with remaining maturities of approximately 3-years or less. The Fed states that this should put downward pressure on longer-term interest rates and help make broader financial conditions more accommodative. The NY Fed added that by the end of the program, the Fed will hold almost no securities maturing through January 2016. Securities maturing in H2 of 2012 will be redeemed and not sold as the effect on the portfolio is nearly similar. The distribution of the purchases is approximately the same as in the first program (30% in 20-30 year bucket, 32% in each the 6-8 and 8-10 year bucket, 4% in the 10-20 year and 3% 6-30 year TIPS. By the end of the program, purchases and sales will each amount to $267B.