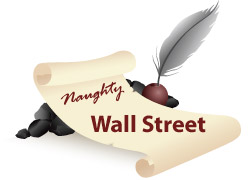 The traditional “Santa Claus rally” refers to the seasonal tendency for equities to gain in the final five trading days of the year and first two trading days of the new year. Rumor (and anecdotal evidence) suggests that the main reason for this secular rally is due to traders not wanting to liquidate any positions during this time of year for fear of showing a loss. Far better to simply let the losing positions ‘percolate’ quietly in the background noise and let them slide in the New Year.

Since 1969, the S&P 500 index has apparently gained at an average of circa 1.6 percent during those seven trading days. This year, the period runs from Friday, Dec 23. through Wednesday, January 4. However, given the constant drumbeat of downgrades from the ratings agencies in relation to the Eurozone debt crisis, many investors and traders are still betting that any support for the rally will fade due to debt-stricken Europe, which has been the source of so much instability this year.

Brown Brothers Harriman data, which goes back as far as 1928, shows that stocks have traded higher 78 percent of the time during the year-end period, with an average gain of 1.8 percent. That compares with an average gain of 0.2 percent during any seven-day period since 1928, and a 56 percent chance of being higher. In the 12 times the S&P 500 fell at least 1 percent during the Santa Claus rally, the index subsequently averaged a 1.9 percent loss during the first quarter of the new year.

However, an argument could be put forward that we’ve already had the Santa rally, that it came and went a bit early this year, with the one-day, 3 percent rally on the 20th accounting for all of what was to come…

In the economic calendar data releases on Thursday the markets reacted positively to the news that fewer Americans than forecast sought jobless benefits and consumer confidence climbed, giving the USA economy a final boost heading into 2012.

Market Overview
Unemployment claims fell by 4,000 to 364,000 in the week ended Dec. 17, this was in fact the lowest level since April 2008, Labor Department figures showed on Thursday in Washington. The Bloomberg Consumer Comfort Index improved to minus 45 in the period ended Dec. 18 from a reading of minus 49.9 the prior week, marking the biggest seven-day gain since January.

As a consequence of the jobs data equities rose sending the Standard & Poor’s 500 Index higher for a third day in series. The index increased 0.8 percent to 1,254 at the close in New York. Treasury securities also advanced, sending the yield on the benchmark 10-year note down to 1.96 percent from 1.97 late yesterday. The Dow Jones Industrial Average rallied 61.91 points, or 0.5 percent, to 12,169.65. The Stoxx Europe 600 Index advanced 1.1 percent.

The euro climbed less than 0.1 percent to $1.3049 after rising 0.6 percent. Yields on 10-year Treasuries dropped one basis point to 1.95 percent. Oil futures rose 0.9 percent, a fourth straight increase. The yen fell against most of its major peers as stock markets climbed amid reduced demand for haven assets and signs U.S. employment is strengthening.

« The KLF Were Lightweights At Burning Money. The Swiss Know How, When And Why To Do It St. OMO, The 'Beatification' Of The FED May Take Some Time »